This Saturday was the big day. I showed up to the barn after spending a couple hours at the track (yay racehorses!) and gave Cuna a thorough grooming and bath. The new place doesn't have a proper washrack, so I wanted to make use of the nice one we had. I even conditioned his whole body. He glowed like a copper penny and felt like a velveteen plush horse.

Then it was time to go.

J came and picked up Cuna. He loaded and hauled like a champ after we convinced him that yes, he really did have to get in the trailer. I followed her to the new barn with all the stuff Cuna needs for the next couple months in my car. It really doesn't take that much for a horse to stand in a field.

We unloaded. I started to lead Cuna around the perimeter of the fence to show it to him, but he kept snorting and prancing. I laughed at his antics and pulled the halter off.

He promptly gave himself the grand tour.


Once he got settled, I put his fly mask back on and got his stuff moved into the tack room. I only brought really exciting things like fly spray, his fly sheet, and my grooming kit. I think I'll take a wash bucket out soon and call it good.

Cuna supervised the whole process. He's starting to train J and her family to feed him cookies.He thought it was especially great to poke his nose in through the window and get treats, although he was pretty confused as to why he wasn't in the barn. 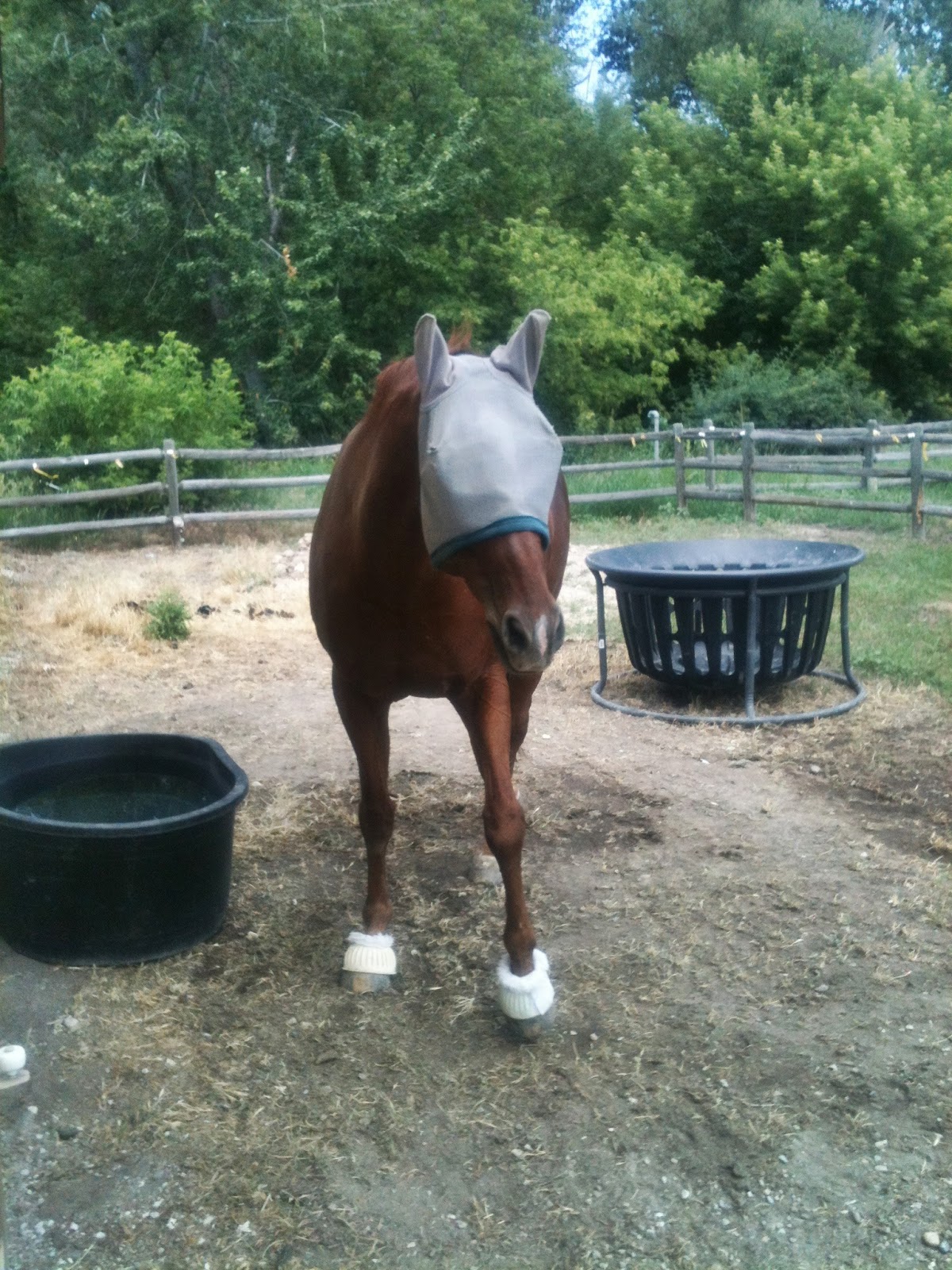 After the initial excitement, Cuna acted like he'd lived there his whole life. He relieved himself, checked out the fence line and nibbled on the grass. 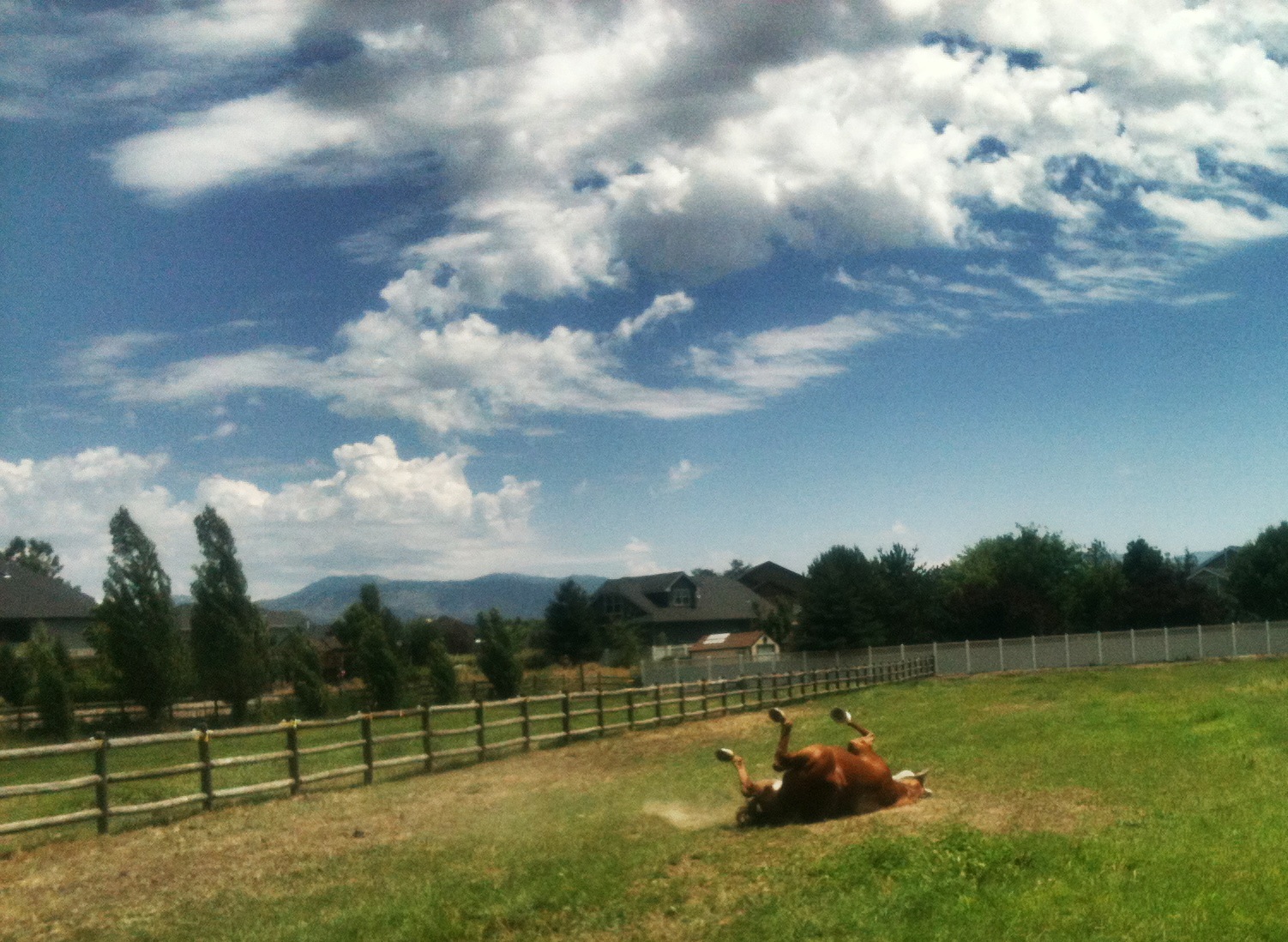 I thought I would be worried about him, but I think he's going to be just fine.

I checked up on him again on Sunday, and he's doing really well. Today he should get initiated to the "herd" (of two) and his vacation begins in earnest.

I brought him here because I thought he needed it, but I'm realizing that I probably need it even more than he does. The two of us can recover together.

Posted by SprinklerBandit at 5:30 AM