There are some animals that you look at.

There are others that look back at you. 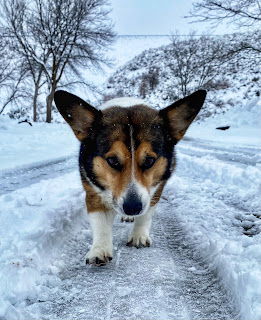 Lewis was one of those. From the time he came home at 11 weeks old, he was a force to be reckoned with. Intelligent. In charge. Determined.

When men sat down on the couch, Lewis would walk up and stick his nose directly in their crotch.

To see who backed up.

When I wouldn't let him outside, he'd bark at an imaginary squirrel to rile up the other dogs, then casually stroll out the now-open door while they lost their minds on a wild goose chase through the back yard.
After a very serious CTJ moment about "we don't chase horses" on one of his first visits, Lewis became my faithful barn buddy.
The barn was our time. Well. Sort of. He had more friends at the barn then I did. To this day, he knows more people at my barn than I do. And they know him. When my life started falling apart, late nights at the barn were me, ZB, and Lewis. Always the boss of us. 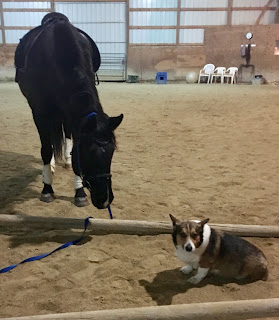 He never suffered from a lack of personality--one of my favorite moments was when he strolled past me in the barn parking lot with the entire bin of Mrs. Pastures horse cookies in him mouth.
And went and set them by my car to take home. 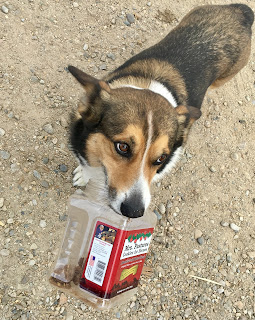 He wasn't a dog. He was my dog. My dude. The one who got me. The one who showed up, cheered me up, and kept my world moving, even while everything was crashing down around me. 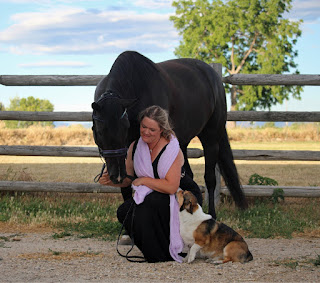 He was always thinking, always judging, always bossing. He knew what he wanted and he knew how to get it. 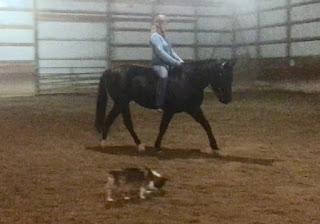 He was turning 13 this year but he was strong and sassy and just took a few more naps than he used to. This spring, I even said I wanted to get a puppy while Lewis was still young enough to raise him.
Because I wanted any dog coming in to my life to learn from Lewis about how things were and how things needed to be.
This summer, he slowed down a little more. He didn't go on long walks. I was more careful about not taking him to the barn when it was hot.
But it was ok.
It had to be ok.
I needed him to be ok.
Except when my SO called as I was headed out of town to say that Lewis didn't eat breakfast.
I turned my ass around and took him straight to the vet for bloodwork.
Bloodwork. Then imaging. Waiting for specialists. Hearing bad news. Hearing worse news.
"We can treat it, maybe", followed by the quality of life talk.
Drugs. So many drugs. Buying fancy treats and canned food and god fucking dammit we can fight this.
A few short days later, he told me it was time.
Farewell, my friend.
Posted by SprinklerBandit at 11:31 AM 14 comments: