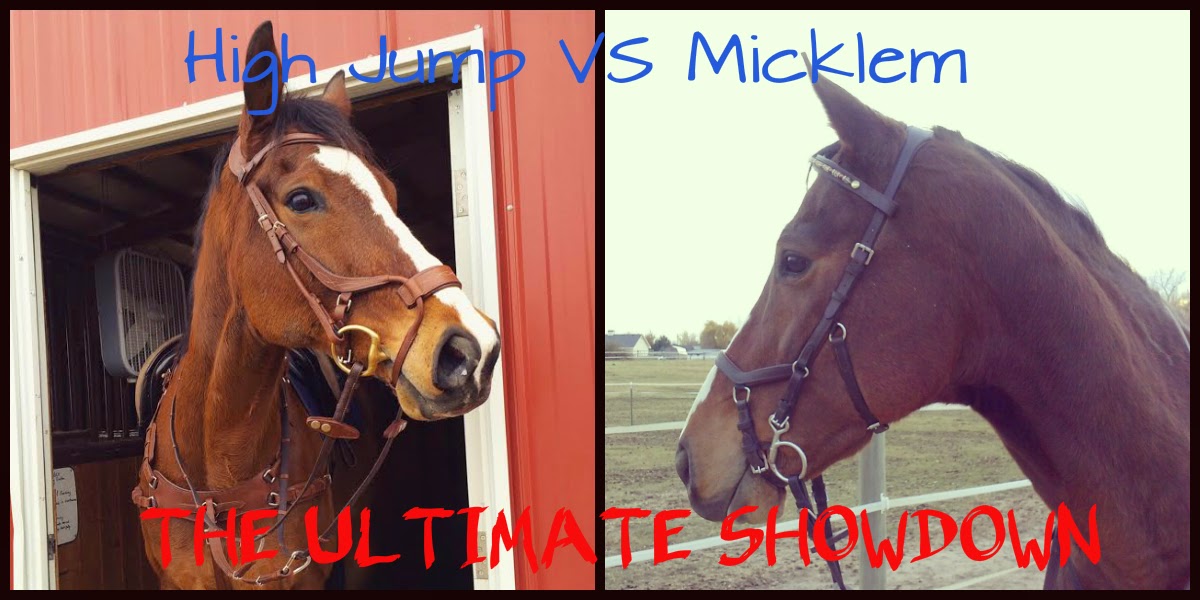 The 900facebookpony already did a comprehensive write up of the PS of Sweden High Jump bridle. If you're at all curious, read it. This really is one of the coolest bridles I've been around and the thoughtful details are just incredible. Of course most people, including myself, draw an immediate comparison to the Rambo Micklem bridle, which I reviewed here.

So instead of just a straight review of this latest addition to the bridle hoard (just think if I never sold bridles. omg.), I wanted to talk about the really obvious comparison between the Rambo Micklem Bridle and the the PS of Sweden High Jump bridle.

Here is what I absolutely love about both of these bridles: they completely reject "traditional" styling that's been basically unchanged for centuries and instead look at the anatomy of the horse's face. Which is better for what and why?

The first and most obvious question to answer is how does one acquire either of these lovely pieces--neither is American based. The Micklem was designed in England and is widely available in the US through major retailers. A new Micklem runs in the $200 neighborhood and includes reins.

No special knowledge is required to order and many tack stores have started to carry Micklems as they have picked up in popularity due to being legal in all USEF English-riding disciplines (dunno about driving, reining, or vaulting). They show up quite frequently in upper level eventing competitions.

A High Jump bridle isn't hard to acquire, but it takes a few more page clicks than a Micklem for the US-based audience. It is available through the PS of Sweden website here. Here's the thing: It's list price is $313 when using the English version of the site.

North Americans (and basically any non-Europeans) are exempt from the VAT tax, which means that when you look at your cart, the price excluding VAT is $250. Shipping to the US (via UPS 2 day) is $30, which puts you at $280 for a High Jump bridle with reins.

It's not rocket science, but your first overseas order can be confusing. Bonus, PS takes paypal, so no worries about converting currency or whatever. The internet is magic. 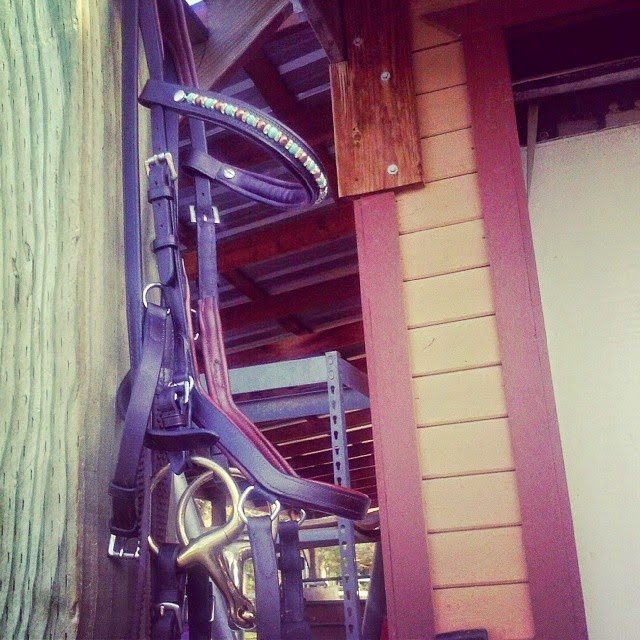 To me, a bridle in the $200-300 range is pretty standard and I don't get my panties in a twist about whether or not it's the second coming of leather Jesus.

That said, not everyone is a bridle ho like I am.

The Micklem bridle has what I call "passable" or "workmanlike" leather. It's not pretty. It's not French. It gets the job done. I don't feel bad if I ride in the rain. Despite months of meticulous care by me, the Micklem never really got that "well broken in" feel I love in quality leather.

I don't worry about it falling apart, but I don't love handling it.

Straight out of the package, I like the leather on this bridle more than I ever liked the Micklem. It still isn't Antares of course (dear god if they put Antares leather on PS designs I would die of happiness). The leather is soft and pliable. The padding is luxurious. It takes conditioner well and is already more pliable than either of the Micklems I had ever was.

The leather is nice enough. I'm going to grade it at "slightly better than Nunn Finer" and maaaaaybe whisper that a little bird told me they were planning to upgrade the leather this year. Time will tell if I can hold out and not get a new one when that happens.

One thing that has always bothered me with Micklem bridles is that they're pretty inflexible in terms of size. Your horse either has a Micklem-sized head or he doesn't. Period. I have no ties to the Rambo company and I don't know if they're working on this, but I've never been really impressed with this aspect of the Micklem.

In addition, the "jaw strap" always hits my horses funny. I get that the Micklem isn't supposed to be tightened down, but it just seems weird and uncomfortable to put it in the middle of the cheek. Now maybe my mileage would vary if my horse was more Micklem-sized (heh), but this is what I have to deal with. I do like that the awkward jaw strap kept the bridle cheeks well clear of the eyes, but there has to be a better way to do that.

For what it's worth, Courage always wears Cob size bridles and I ordered the same here. It was fine on the jaw strap and on the longest or second longest hole for the flash.That said, his muzzle is not his most delicate feature, so I'd say the bridle fits pretty true to size. 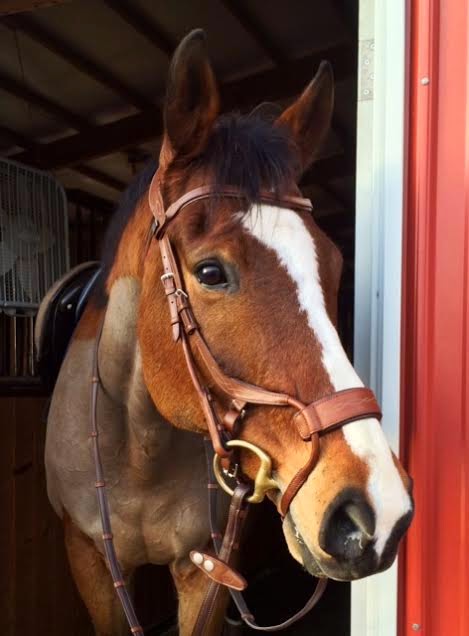 Truth: even when I discounted the High Jump bridle as just a European take on the Micklem, I admired the fact that they found a way to make this concept adjustable. The "cavesson" is set on rolled leather, so it can move around to accommodate different faces. The strap behind the bit is similar to a conventional crank (except it fastens with a snap), so there are lots of length options.

The front strap actually buckles UNDER the chin instead of on the side. Admittedly, this makes it minorly more difficult to put on, but OMG then then buckle isn't catching my horse's lips constantly. Given that I want my bridle to fit my horse, I actually really love this feature.

Again, I ordered cob size for Courage because he always wears cob and he does fit in the cob. Buuuuuut if I were to order again, I think I'd do some measurements to see if he could rock the horse size. The browband and cheeks are fine, but due to the shape of Courage's face (I swear it's two parallel lines instead of something cuter), the noseband is on the very last holes.

Thus, if in doubt, I'd definitely size up. 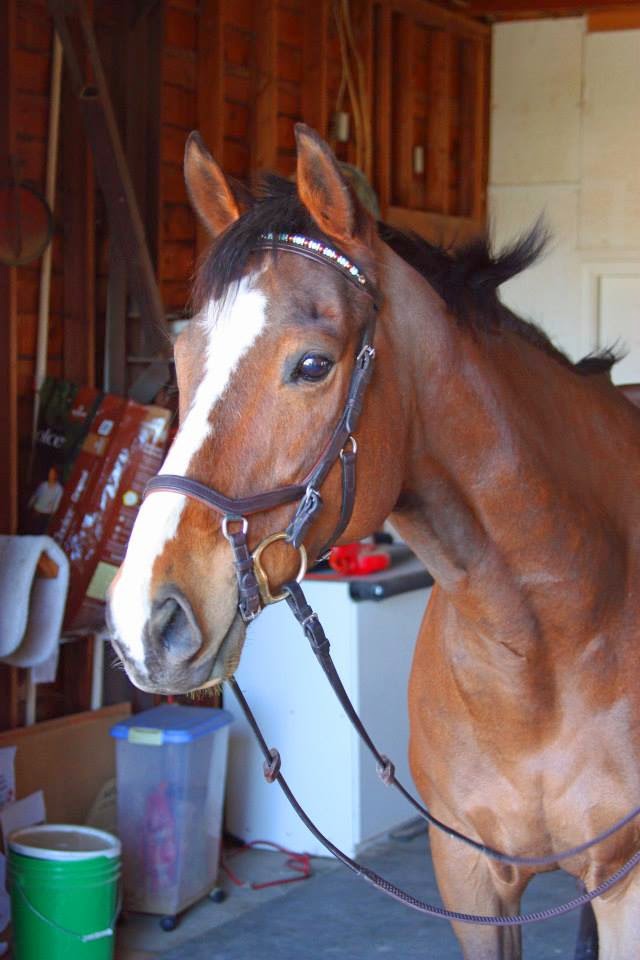 This is what really separates the wheat and chaff, folks.

Most bridles have two straps that run alongside the horse's face: the cheeks and the cavesson hangers. Straps make bulk. Bulk makes pressure. Pressure is what we're trying to alleviate here.

The Micklem deals with this problem by putting everything on the one strap. I mean, you've got to hand it to Rambo--the Micklem bridle has the least pieces of any bridle I've ever worked with.

HOWEVER that is exactly what keeps the Micklem from being adjustable. Everything goes where it goes and your horses either fits or doesn't.


The Micklem does a nice job with the comfort crown and I never had any trouble with it. 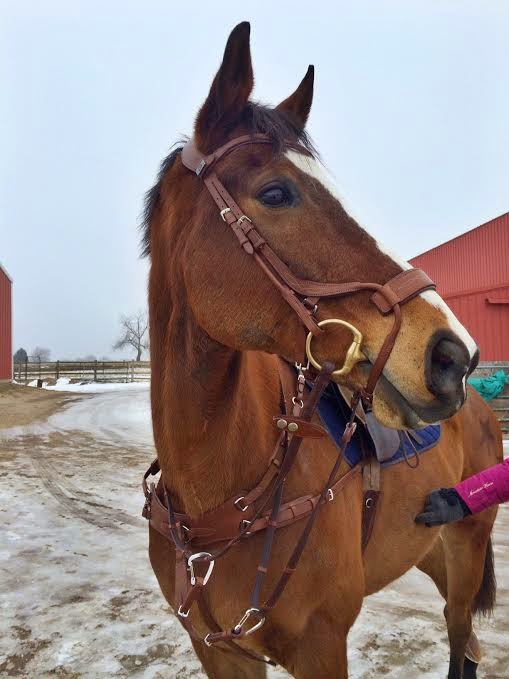 This is where the High Jump blows it's competition out of the water.

To keep the flexibility in adjustment, the High Jump sports the usual two straps alongside the face, BUT it contours one to match the shape of the facial bones and then rolls the other to eliminate bulk.

It doesn't just have a comfort crown--the entire shape of the crown is designed to sit on the horse's head. The crown is what makes it so these bridles don't need throatlatches--they're so anatomic that they just stay put.

The High Jump adds great details like fancy stitching, the snap on browband, and the hidden elastic in the bit attachments and reins to incorporate a little more give for a softer ride on the horse.

Oh, AND while the Micklem reins are standard nasty rubber reins that I literally never used, the High Jump comes with rubber lined leather reins with hand stops. That are awesome.

And that brings us to...

The Micklem is an item that serves to hold the bit in the horse's mouth and attach the reins while interfering with the animal as little as possible. That is the goal of bridles and it certainly gets the job done. I'd like to say it's a magic bullet or some sort of miracle cure, but 99% of contact problems seem to have a lot more to do with training than any particular piece of equipment.

That said, the Micklem is gaining traction in the show world because it is another option for those fussy horses who like a little relief. I thought Courage went well in the Micklem I had for him. My very-traditional trainer didn't like it. I ended up selling it (to get my first ps) and now said trainer has a Micklem. So. It's making inroads.

I didn't think that the Micklem changed Courage's manners in the bridle in a substantive way, but he wasn't a horse who had huge issues to start with. I would absolutely LOVE to try this bridle on some horses from my past if I ever got the chance.

Everything the Micklem does, the High Jump does better. It's more anatomically correct, more detail-oriented, more fitted.

The High Jump bridle is currently USEF legal only for showjumping and the jumping phases of eventing. It has not been allowed in dressage just yet. That said, it's similar to the Micklem so if PS makes the push (greases the right palms?) as it gains traction in the US market, I wouldn't be surprised if it became legal.

I have not heard that they are working on that yet, but they're a git-er-done sort of a company, so I'll keep you posted if I hear more.

At this point, the Micklem is the cheaper, show legal option that is mildly more accessible in the US. That said, the High Jump bridle is a much higher quality piece of tack that is rapidly catching on around the world. I love how it fits my horse and I love looking at it, and it's not leaving my tack room any time soon.

I think it's a good option even for the average rider with a perfectly fine horse just because it's worthwhile to explore alternatives to the traditional. Yeah, maybe you won't like it, but maybe you will.

And maybe it won't be this innovation that makes a difference for you, but it's worth being open to ideas in case one of them does.
Posted by SprinklerBandit at 7:00 AM