I Tack Ho'ed So Hard

I know, I know. Every time I say that, you think I can't top the last time I said that.

I don't even know why you doubt me anymore.
Soooooo this story starts back in January when I visited my sister and we skipped through a tack store whilst tossing dollar bills into the air willy nilly (metaphorically).

One thing I saw that many of you were like OMFG HOW DID YOU NOT BUY THAT was this:

I mean. Yeah. It's lovely. But also like a billion dollars and OH YEAH perhaps you remember how ZB fits in approximately off-the-rack NOTHING.

Plus I happen to know that the thing with Otto is that you can order custom but you have to go through a dealer and there isn't one close to me. Also one thing about me is that I have the attention span of a caffeinated gnat, so custom ordering is not in my wheelhouse. I'm an instant gratification girl.

But then you all probably know Stephanie (say with me: THAT BITCH!) who I legit hung out with at Rolex last year and one day on facebook she started this out-of-control thread about ugly custom bridles which somehow segued into her casually dropping the fact that she works for an Otto dealer.

I did what any responsible tack ho would and casually filed that information away for later.

lol jk this is me

I immediately messaged her every detail of what I wanted and asked what it would cost.

She for some reason didn't think I was a tire kicker and got back to me all polite and professional and told me the cost.

We'll leave it vague, but let's just agree that it was enough that as a seasoned tack ho who's used to paying for quality, I most definitely threw up in my mouth and was like NOPE HARD PASS LOL WE ARE NEVER EVER EVER GETTING THAT TOGETHER. 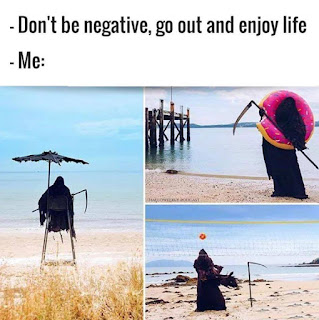 And you've had some time to get used to it

And then you think about your life without it

The mare legit doesn't fit in off the rack sizes, which means 1) finding things for her is impossible and 2) impulse buying strap goods is dead. Also she's the nicest horse I've ever had, so doesn't she deserve the nicest bridle?

And you know. I'm not showing this year, so what better time to buy a ridiculous bridle than now when I'm not paying entries and memberships?

I messaged Stephanie something mature like YOLO (after several weeks, I'll have you know).

Then the wait began.

I was super patient for like the first 38 seconds.

Then it was pure torture.

I think Roxie's (and Halo's!!) mom got so tired of listening to me that she sent me a link to a purple padded FSS bridle for pennies on the dollar on eBay, which I most definitely bought to kill time.
I waited. I waited more. THERE WAS SO MUCH WAITING.

THEN ONE DAY
THE WAITING WAS OVER
Except it also wasn't over.

I was hoping to hold off on writing this for a while and be like "everything is awesome!" but it's been a week+ and despite repeated attempts to reach out to Otto, I don't have a firm plan or a ship date for the correct browband and it's leaving a sour taste in my mouth for sure.

I mean. I may be small potatoes to Otto himself, but I didn't pay $$$ for a custom to bridle to get *almost* what I wanted.
Bright side: I managed to finagle my topline leather browband on and it does look fabulous. And I'm obsessed with the bridle. And it's exactly what I wanted (other than the browband). And it looks fabulous on ZB.


So anyways. It's in progress and after waiting as long as I did, I am not thrilled to be waiting longer.

Otoh, the bridle is gorgeous and I do not regret a cent.

I haaaaate blog posts that start out by apologizing for not blogging, so I refuse to do that to you guys.

Things have been happening.
Plus the weather here has been to-die-for (too soon?) and so my evenings have been out doing all the things vs staring at my laptop typing away.

There's a lot going on. Most of it doesn't belong here.
But some of it does. ZB continues to be the loveliest lady no matter what I cook up any given day. I can throw frisbees off her, hack out alone in the rain, or take trips and come home knowing that she's still going to whinny at me and be foot perfect to play with.

I mean. She definitely has her things.

In a last ditch attempt to make me focus, my trainer has started semi-mandating weekly lessons because otherwise she knows I just fuck around and screw things up. Which like. She's right. And it's true. And I like lessons. And lort knows I need the help.

Plus I don't actually have any lesson media (sorry!), but GODDAMN little lady is coming along nicely when I remember to sit up and ride. I even had a moment of being like "LETS GO TO A SHOW" right up until I remembered how much work that is.
Some days we work hard and put in the time with ground work and dressage and concentrated "training".

But a lot of days, I need to just not.

I hang out and breathe her horsey smell. Play with her mane. Groom her gleaming coat. Watch her munch on her favorite weeds and marvel that a creature like this is here with me.

Together.
Posted by SprinklerBandit at 7:00 AM 13 comments:

I board at a fabulous barn with some ladies that inspire me.

And when I got a mid-week text like "let's go to the state park!", I was like "...but the bugs are super bad there waaaaaah" and found an alternate location.
Fortunately, they were all on board for an excursion to the mountains.  It's such a different world for me--I can't get my head in the game for horse shows, but I was thrilled to go hit the trails. We haven't hauled out since last fall, but I know I could count on ZB. She's just such a champion. She loads and hauls like a champ, then gets off the trailer like a pro and yet again, led the way for the first chunk of the ride.

Lil lady has a motor on her.
Even when we hit some challenges that I didn't quite anticipate, ZB's "NOT R WANT MUM NO" response is to stop and stare at something.

Not lose her shit.

Not buck me off.

Not leave the county.
We kept everything calm and easy and went out for about two hours over a variety of terrain, including a couple water crossings, plenty of rocks, and lots of different grades up and down.

It was Zoe's first time in the mountain and OMFG YOU GUYS I COULD NOT BE MORE THRILLED.
She led. She followed. She saw dirt bikes and mountain bikes and runners and heard guns and saw wild life and dealt with all of it like an old hand.

She's still learning how to cross water (cross your fingers for a legit training post tomorrow!), but she made a good effort at everything we tried.

The best part is just how much fun she is for every step.

So game.
I mean. It isn't even just the riding. It's how Ms. ZB shows up and tries no matter what. Hauling to a new place?

Tying to a trailer for the first time?

She's got it.
I know basically my whole blog now is like ZB R PERFECT AND I SUPER LOVE HER, but I can't even apologize for it.

I took my baby horse to the mountains.

She exceeded expectations and those expectations were already irrationally high on account of how lovely she is.
I mean. I always say that some day the little lady will have a bad day, and I won't even be able to get mad at her, because she's so freaking perfect most of the time.

It hasn't happened yet.
Posted by SprinklerBandit at 7:00 AM 17 comments: