I'm a 20-something wanna-be rider living life in Cow Country, Idaho with two cats, three dogs, one husband, and one awesome horse.
I started riding when I was a kid and ended up riding a cool OTTB mare (Cassie) that I leased for several years. She won every 4-H trophy that existed, rocked around BN eventing, and even tolerated a few dressage shows. I mostly quit riding so I could go to college, but came back with a vengeance when I acquired Izzy, Cassie's first baby by an Oldenburg stallion during my senior year.

Nothing like an out of shape re-rider and and an unstarted 5 year old mare. We spent three years together, and made it from "unstarted" to 1st-ish level dressage and jumping around 2'6" courses with minimal trainer input (a side effect of being poor). We had a series of defining (bad) events, culminating in Izzy and I having a nasty wreck on cross country.

In fall of 2011, we moved in with an eventing trainer wintering in our area. For the first time in our history together, we got regular lessons and really started to put things together. The harder we pushed though, the more obvious it became to everyone around us that something had to give. I met an old red horse (more on him later) and bowed to the inevitable: I put Izzy up for sale.
Enter Hakuna Matata in March of 2012. I sold my beloved Oldenburg mare and upgraded to an old, broke OTTB gelding who hauled my butt over fences without holding a grudge when I acted like my normal screwball self. He was a 1995 model who kicked butt and took names at the track for years, then converted to eventing. He was a novice-level packer, schooled training, and jumped over pretty much anything I pointed him at.

For the curious, here's the link to why Cuna is officially defined as "a mean ass bastard horse". 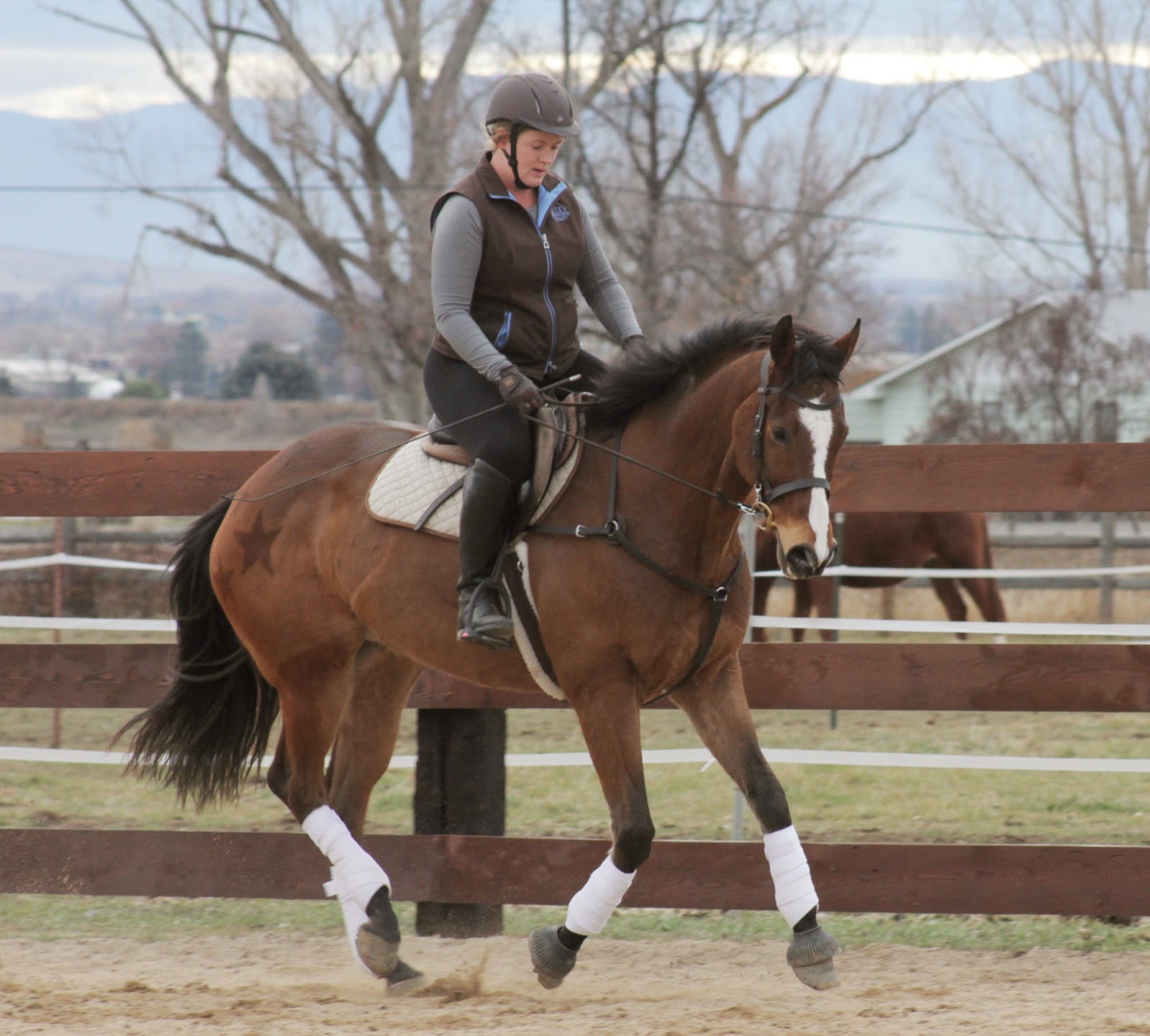 Cuna had to hang up his gym shoes a lot earlier than I was expecting. His protege is the irrepressible Absolute Courage, picked off off the backside in a racing interlude one summer. He came to me as an 8 year old fresh off another non-stellar performance in the fast lane. That was July 2013.

Courage and I spent four years together and learned a lot. We tried cross country, show jumping, trail riding, and dressage. Courage was a very cool horse, but his happy place was definitely on the trails, not in an area. He moved on to a new home in July 2017. 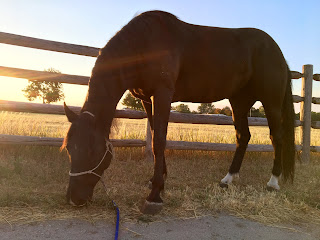