Gone to the Dogs

This is a horse blog, but I have dogs too. Cute ones who are well trained and good to be around. If you've been here a while, you're familiar with Lewis the giant corgi and Chaucer the beagle.

They are great. They get along well, they're happy to hang out, they know our routines, all that. I like having two dogs. It is the most dogs I have ever had and I think it is plenty.

Fun fact: we are super short handed at my job right now, so instead of normal office flunky/other duties as assigned, lately it's been all "other duties aka field work" and yeah, when you work in construction, that shit is hard work.

Regardless. I show up at the jobsite on Monday and there is a random little brown dog running around. No one knows where he came from, the jobsite is right off a busy highway, and we're running heavy equipment all over the place. It's no place for a dog.


I do the grown adult thing and call animal control. He's a cool little dog and I feel bad for him. I'd love to go knock on some doors on find his owners (who must be frantic), but that whole work thing was getting in the way. I left my number with the super nice AC officer just in case, but he was way too cool a dog to be alone.

Or so I thought.

After the requisite three days, I get a call from the nice AC officer telling me the brown dog was abandoned and no one is looking for him. And she picked up another one just like him the same day, like someone dumped littermates.

Ugh. I told her to list him with the local rescues and see what happens, but I also poked around local rescue websites and discovered that they were all full.

And the poor guy had just been dumped on a busy highway, then locked up in doggy jail.

And my husband is as big a softie as I am and said I could do whatever I wanted.

I called Animal Control again, just sure that someone had snapped him up or claimed him, but the little guy was  hanging out at the pound.

And so I took a long lunch and drove up and got him. 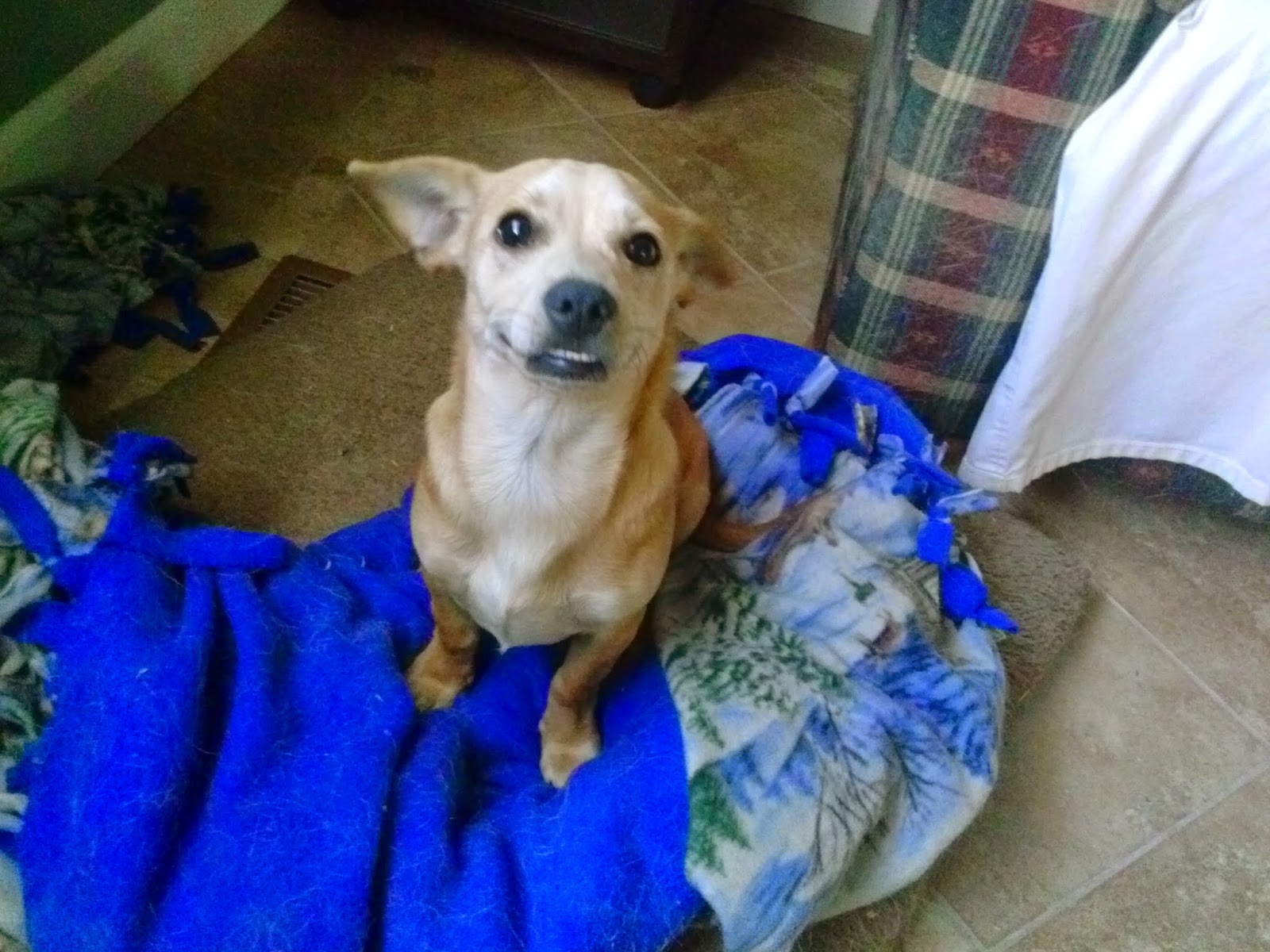 I initially thought he was housebroken and about a year old. I now think he's a puppy puppy, like under six months :-/ eek! Long time since I have had one of those. Best guess is that he's a dachshund/chihuahua cross, which sounds horrific. Thus far, he's been calm and quiet and puppyish, but not bad. We're crate training and potty training and he's integrating into my little pack well.

I'm still picking out a name. No clue on that one. The vet laughed when I made an appointment for "unknown breed and age, name Brown Dog".

I didn't want three dogs, but how do you say no when they find you?
Posted by SprinklerBandit at 7:00 AM