That One Thing (I Can't Stand) 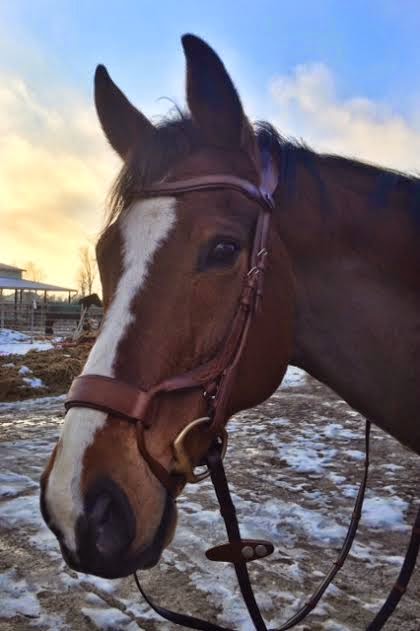 I think it's time to clear the air a little. I hear one common complaint in the horse industry that I think is perfectly ridiculous. It comes up most often when a horse person is exposed to some new piece of technology or equipment. It bugs me every.single.time. Here is is:

"But that's not traditional!"

That really grates on me. Constantly. Not only because "we've always done it that way" is a goddamn stupid reason to continue doing something, or even because most of the "tradition" that we espouse is really just new-fangled shit from like the 1950s USA, but because it's an excuse to turn our brains off.

Sometimes, a thing is passed down through generations because it is true and good and helpful. Just as frequently, stupid-ass-shit is passed down. Unless we devote ourselves to sorting through what we've been handed, we are just abdicating responsibility for the welfare of our horses, and I have a massive problem with that.

Blindly kowtowing to "tradition" reeks of irresponsibility. It's how we justify drugging horses "it's always done that way", why we wear a mid-Victorian gentleman's outfit to show "it's sooooo classy", and it even explains rust breeches "this was big in the 60s". It's a recipe to not get taken seriously as a sport and a perfectly fantastic way to get killed. Tophats, anyone?

And don't even get me started on those "I do classical dressage" people. DA FUQ CAN YOU READ???? Look back at the old pictures. Look at the literature.

Hell, look at the Spanish Riding School. Do you know how they produce horses and riders? It takes DECADES. Given that most people do not have decades, those "classical" adherents that people so admire, pretty much just did this:

Yeah. Giant bit, nasty ass spurs, mouth gaping open. I'm a little surprised they left the bloody flanks out of the portrait. It's not great training, but HOT DAMN you get false collection in a hurry.

And I think all of us can agree that it's wrong.

If that's so obviously wrong, why is it ok to blindly cling to stupid shit like evening wear? It was practical for Victorian gentlemen who had servants to dress them and hand them their horses and then change them and dress them again to eat a dinner that they had nothing to do with preparing.

I dunno about you, but I have none of those things. AND YET we just keeping on keeping on with asinine things like white breeches and WOOL (freaking wool. wtf.) coats and acting like that's A OK. I mean, doesn't everyone dress like phantom of the opera to play their sports? I swear the Seahawks... no wait maybe Baseball, nope, definitely European football OH WAIT LOL it's only us idiots on horseback who have a thousand pound animal that lives in dirt who try to prance around in wildly impractical clothing.

Not all traditions are bad. Not all new ideas are fantastic. HOWEVER. When evaluating new ideas, it is imperative to judge them on their own merits instead of hold them up to the questionable light of tradition.

There are plenty of reasons to question new ideas and make sure that they are in the best interests of your particular horse before adopting them, but tradition should really never be one of them.

Ever.
Posted by SprinklerBandit at 7:05 AM