Courage gets a non-negotiable day off after every major weekend event and most lessons. It's partially to let him physically rest. It works out in my favor that Courage is also a thinking horse who tends to train himself, so some downtime actually makes everyone's life easier.

So we did the clinic Saturday+Sunday, he had Monday off, and I made it back in the saddle late Tuesday afternoon.

We kept it short and sweet because I never want to drill Courage and make him sour, plus he's due for a cross training day, but OMG.

We started with stretching at the walk now, which is like NBD.

Then we stretched at the trot. Also a non-issue.

Then I asked him to stretch and go softly into the canter to the left. BA BAM.

He was so proud of his right canter that we had to repeat it a couple of times so he could do it without leaping, but even then, I had the softest and most rideable canter I've felt on him. 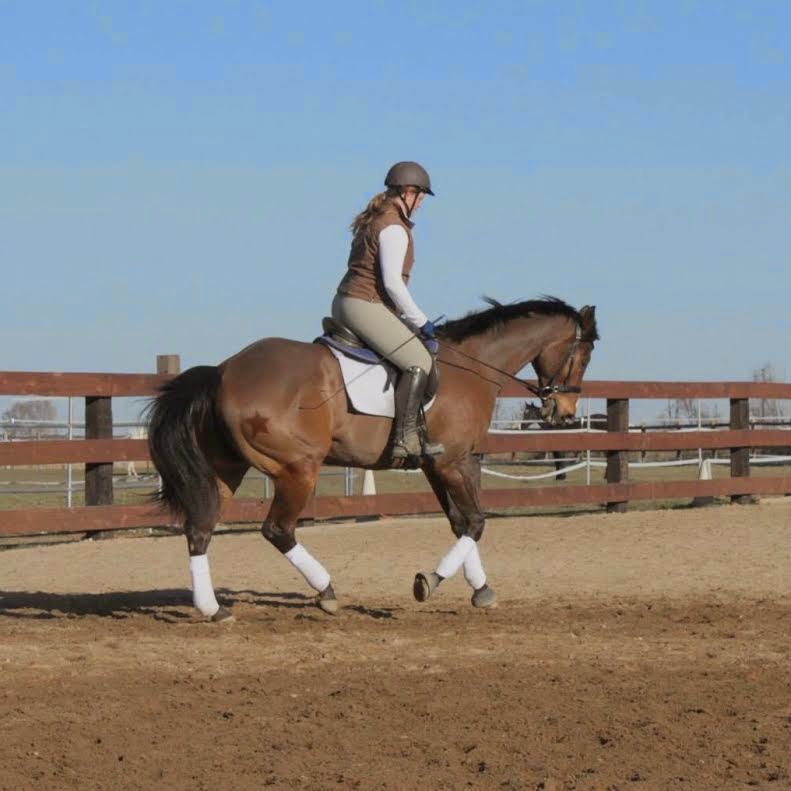 We finished up with hands down the best trot I have ever ridden on him. It was slow and cadenced, with a long, powerful stride that came from an engaged back end and correct stretch into the contact.

If he wasn't so sweet and distinctly gorgeous, I'd say someone switched my horse for one that did dressage. (We'll pretend that I look like I know what I'm doing in a dressage saddle, haha.)

WHY IS THIS SO FUN?
Posted by SprinklerBandit at 7:00 AM