Wherein Courage Has a Bad Day

Courage reared and spun as Lindsey tumbled to the ground. I grabbed for his reins, but his brain was already checked out. He leaped away from me, his body taught from his ears to his tail. I swear his feet never touched the ground as he trotted through the parking lot, straight toward the road.

"He'll come back," I said as I speed walked after him.

"I've got to keep Diva moving," said a now-dusted-off Lindsey. "Let's hope she keeps it together."

Then Courage stepped through the reins. His mouth got a violent jerk every time his right front hit the ground. He spun and started running backwards to the road.

I moved as fast as I could, but I didn't want to scare him any more than he already was.

He slammed on the brakes and threw his head straight up in the air.

He looked at me expectantly. The reins were caught in his boot, and he needed someone to get that mess sorted out.

It was a bit of a procedure to get in the gate. Lindsey had been holding the reins from the ground while I encouraged him to go from behind, so nothing was injured but our pride. Even the reins survived, somehow.

A new arrival came to our rescue and gave us the combination to get in the locked gate without having to step over the latest permutation of the great wall of China. Somehow, despite all the commotion, my little man was completely unrattled. He stood quietly while I got on, then he and Diva marched off side by side, down the trail.

Just he and Diva. That's right. Our first ever unassisted trail ride with only OTTBs along. It was the second time for each of them to be out in the hills.

We chose to take them down a new trail. We met other riders, hikers with loose dogs, and saw some deer. Courage was sure to pose dramatically for each and every encounter, but there was nary a spook between them.

As we wound through the sagebrush behind Diva, Courage got a little bit twitchy. The pokey branches were touching his delicate hide. Our only concession to his greeness was to make Diva stop every once in a while so that he could catch up without feeling like he needed to jig.

Despite our misadventure at the beginning, Courage (and Diva!) were total rock stars.

I am absolutely dying to do some trot and canter out there and I CANNOT WAIT to gallop the little dude, but we're taking it slow. I want him to learn that it's low key, fun, and easy so I can always ride him on the buckle if I want to. We'll make it more fun once he more thoroughly understands what it is that we're doing. 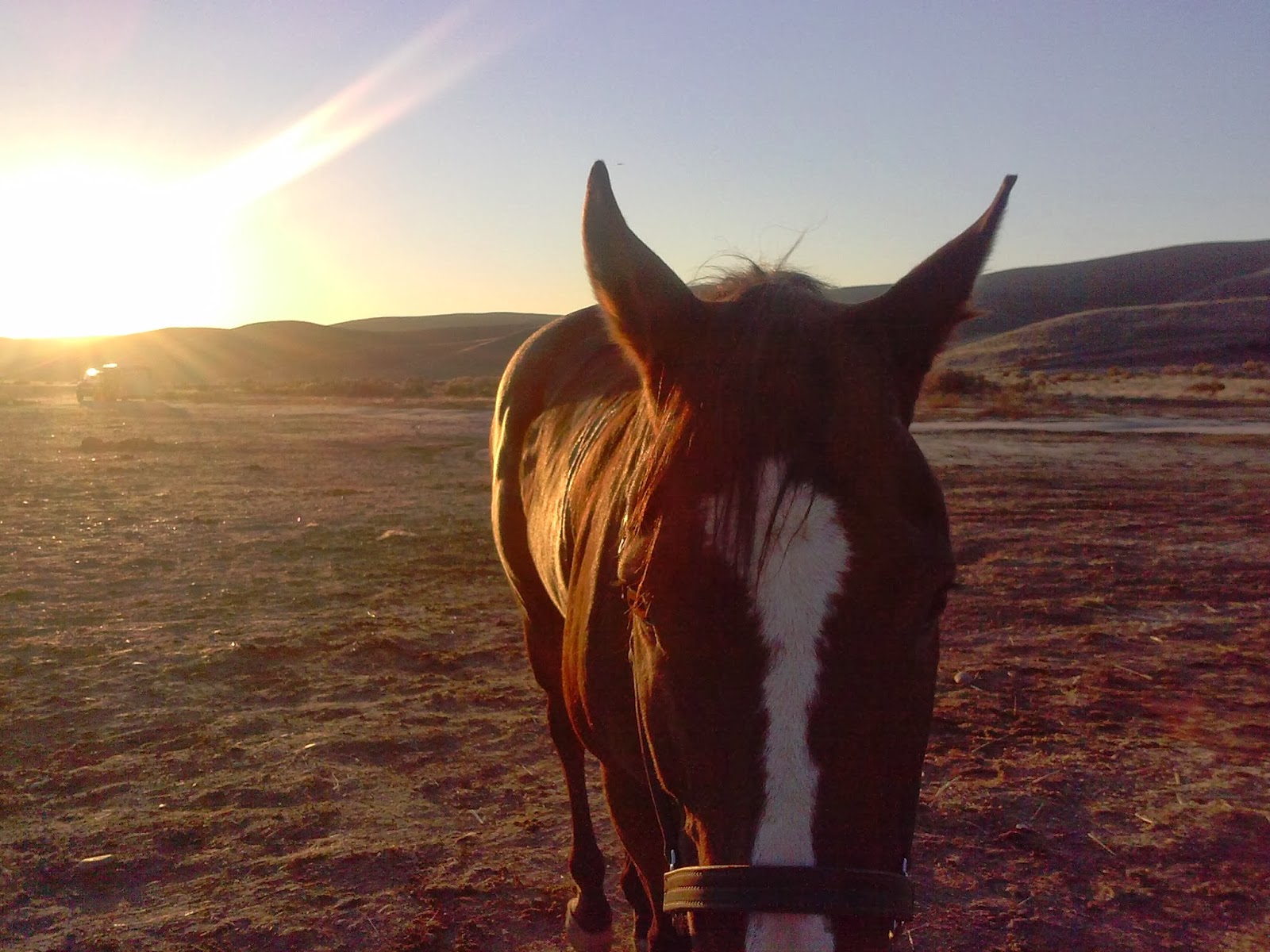 As we loaded up to head home, I couldn't wipe the stupid grin off my face.

This horse is SO MUCH FUN.

Also he needs to learn to walk over things behind me. There is definitely some groundwork in our very near future.
Posted by SprinklerBandit at 10:39 AM