I'm tack 'ho on the best of days, and it certainly hasn't been the best of anything lately. Naturally, when you combine a tack 'ho with severe emotional vulnerability and top it off with a sale, you get a shit ton of new pony toys.

First things first: I ordered a sparkle browband for Courage. He goes in size midget and he deserves to have something that fits. More on this later, I promise.


Then Tack of the Day made a move that can only be called "wildly exploitative of my mental state" and put the breastcollar I've been drooling over on sale for a wildly low price. So yeah, this baby will be coming home whenever the TOTD gods see fit to actually ship it.

I guess the advantage to having a midget horse is that when things go on sale only in XL and XS, you just grab the XS and march to the checkout like you earned it. BOOYAH AVERAGE SIZED HORSES. WHO'S THE BEST AT WEARING TINY SHIT??

That would be Courage.


I thought I'd done enough damage at that point, since I also bought a couple of dvds and a magazine subscription (not horse related), and then I ran across this beauty:

Hm... I own three saddles. Two don't fit C-rage at all and the third is sort of ok for both of us, but not really ok if we want to jump much of anything (we do).

And this was our size and going for a song.

I closed my eyes and pulled the trigger. You're welcome for the overly grim metaphor. My bank account insisted.

Naturally, before I found the saddle, I'd already bid on a saddle pad on eBay. It was in our colors with custom embroidery and sparkles and I wanted it. I was trying to be semi-responsible, so I only bid the minimum and figured I'd be outbid almost immediately. 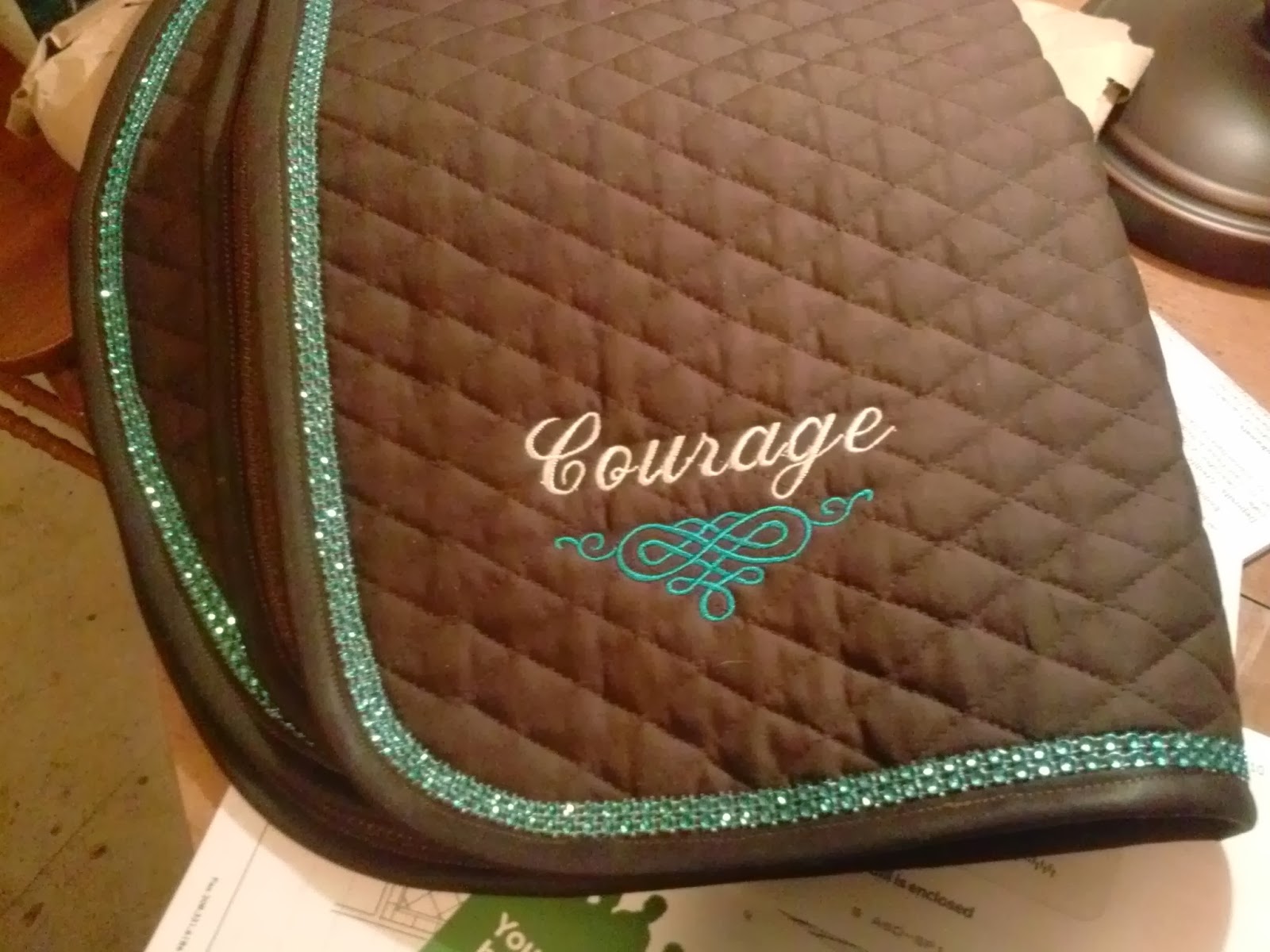 Only I wasn't. Now C-rage is going to be the proud pony sporting a custom chocolate pad with teal sparkles and his name on the side. I'm not even going to pretend to apologize for how blingy and un-traditional it is. Tradition can stuff a sock in it and my little man is going to shine.

I'm back on a very strict budget, as per the usual. I HATE HATE HATE not having money, so it's going to be a slow tack year (ok, quarter) until I feel like I'm back on track.

In the mean time, keep your drool off my toys.
Posted by SprinklerBandit at 6:00 AM