I ride Courage all the time. redheadlins rides him regularly, and Alyssa pops on now and then. I try (sometimes) to ride other horses and I think it's really good for Courage to learn to carry other riders of all skill levels. Part of training the little man this year has involved letting him toodle around with different riders.

In no particular order:
A friend from the track who hasn't had much saddle time. She started on the lunge line, but was able to confidently steer and do some basic transitions on her own by the end of the session. Courage's first time with a beginner up and he did great. 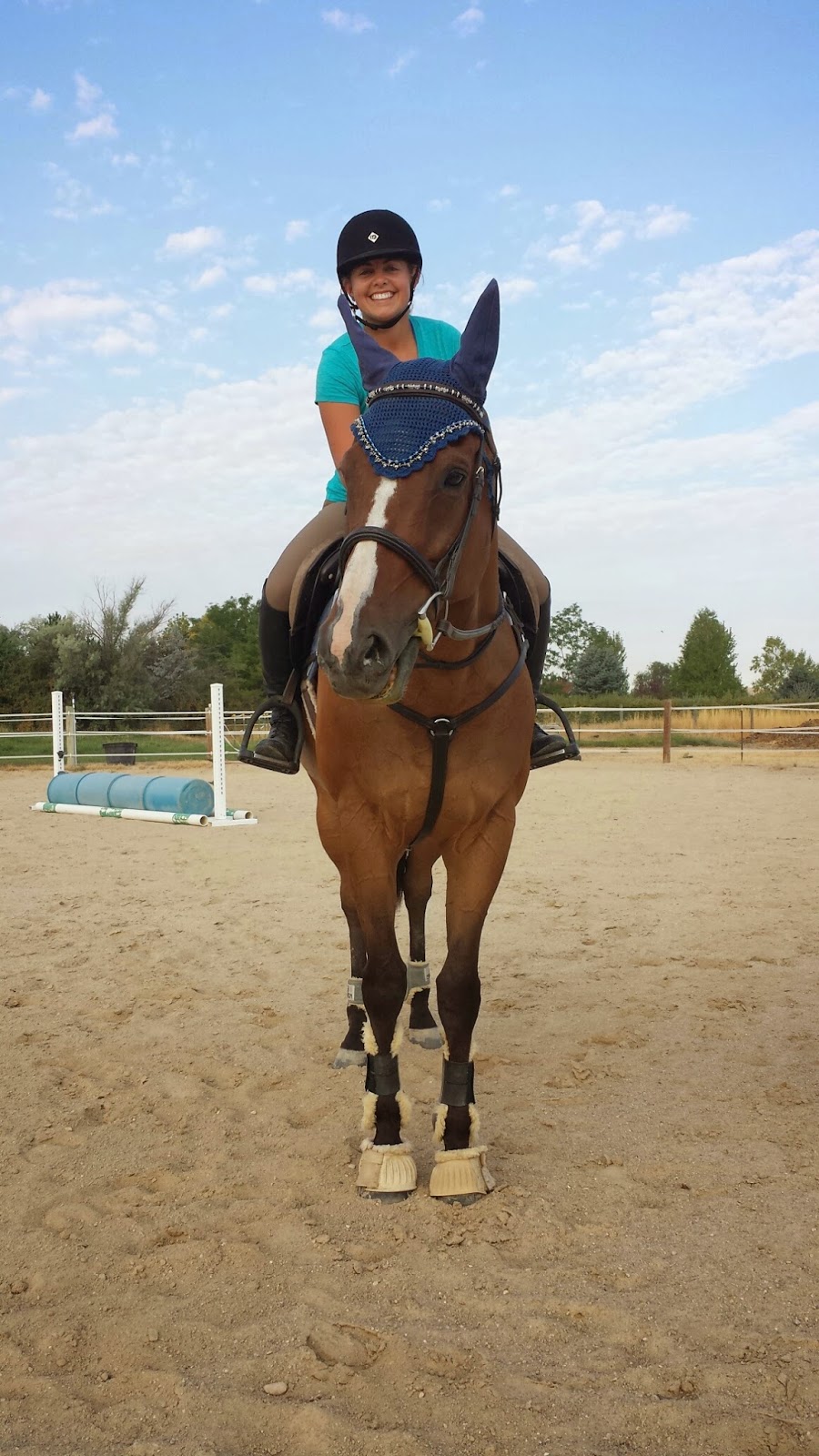 One of those fearless jumper girls that we all wish we were. She's actually ridden Courage a couple of times now, most notably when it was something like zero degrees in January and he had to figure out how to deal with frozen footing and uneven ground.

Courage rose to her level and they started out a little rocky, but ended up popping around a little jump course. Can't fake those smiles. 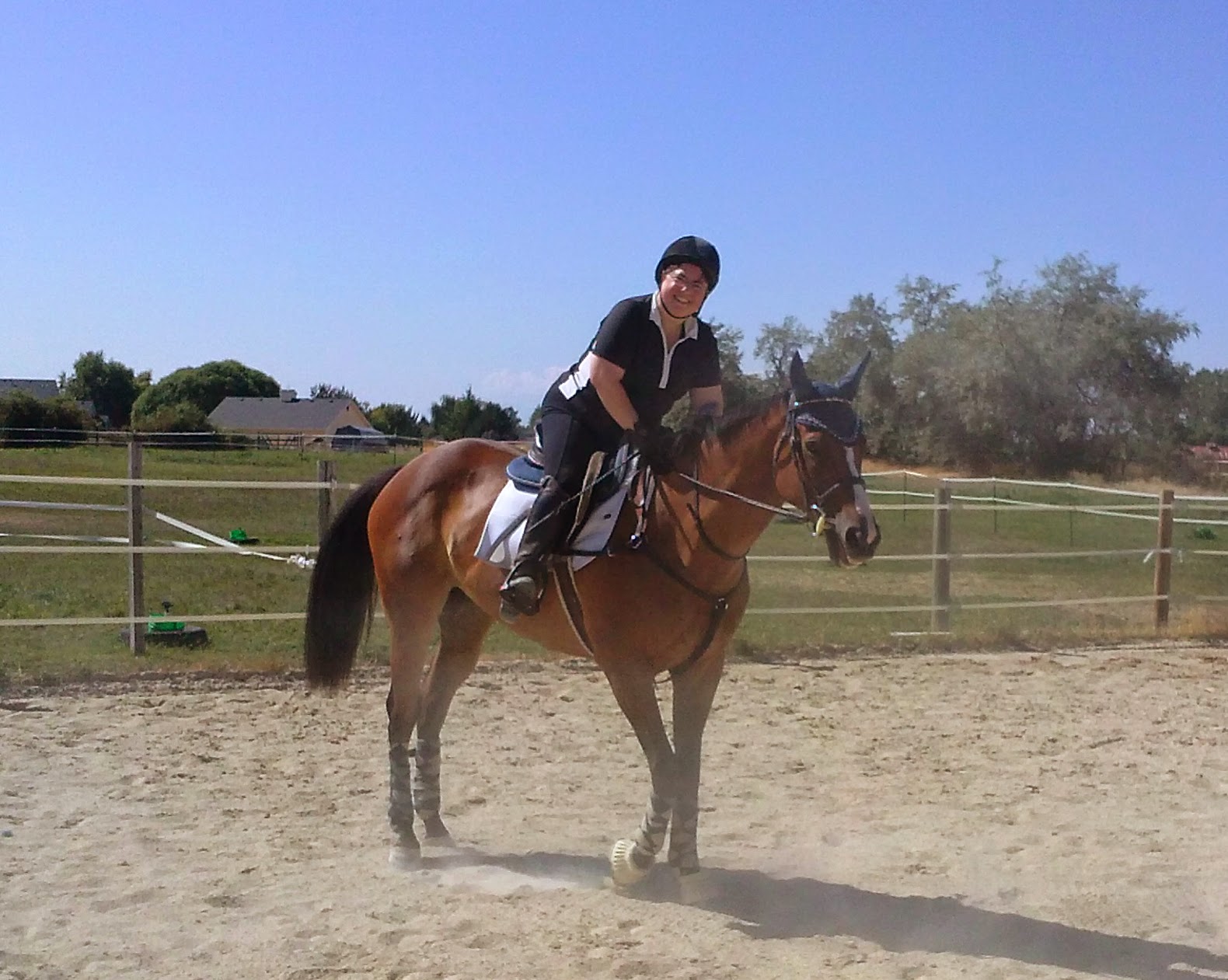 And then Rinsie from Nanakorobi Yaoki came to play! I haven't gotten to hang out with her much since we now board on opposite ends of our little world (geographically), but she's moving away and leaving us west coasties here soon so we had to do something.

I was SUPER paranoid that he would do something insane and hurt her right before her big trip. I don't know why. I have made a cross country move with a broken arm and I can tell you I wouldn't recommend it. Regardless, she rode well, he behaved, and if calamity strikes, it won't be because of C-rage.

I think Courage is starting to get it. He's learning to communicate with each rider a little differently. He's got it in his head that this is his job and he isn't doing anything too silly. It's all a part of the plan. I want Courage to be a super fun all-around horse, and that includes being mentally flexible enough to accept all levels of riders.

I hope to start mixing it up and hauling out more in the near future. I'm even day dreaming about maybe a dressage lesson (in the heated indoor) this winter*. Plus team penning. I need to get him exposed to cows. Ha! We'll see how things go.

*It's really more about the heated indoor than the dressage. We'll see if he's trained enough to be able to see the fancy trainer without totally embarrassing ourselves.
Posted by SprinklerBandit at 7:00 AM