Well, after the fiasco that was grid night, there was nothing left to do but load up the next morning and head for Tulip Springs Eventing, a cool facility in eastern Washington with a nice XC course. I mean, why wouldn't I want to pay a bunch of money to haul out of state for our first-ever exposure to actual cross country? 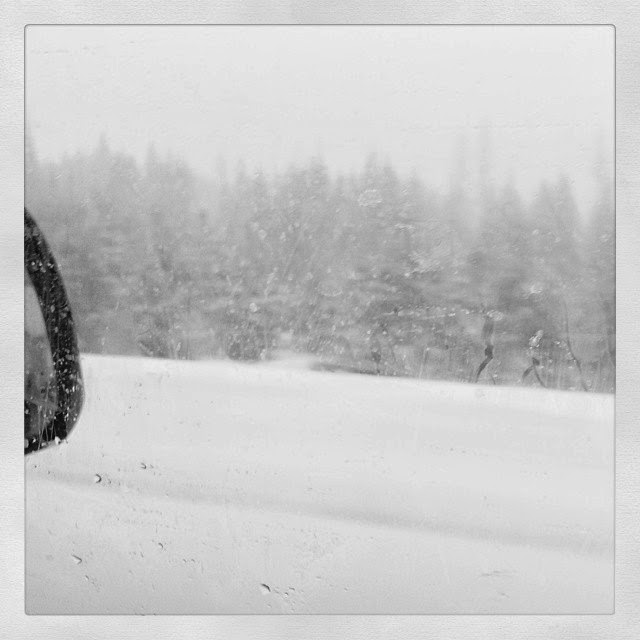 We hit a nice snow storm on the way through the mountains and drove ridiculously slow, but all was well.

When we unloaded in Kennewick, it was raining and gusting wind.

Have I mentioned I hate gusting wind?

Courage was trying really hard to be good, but he really had no idea what to do with all the open space and sensory overload. We just hand walked the horses around the cross country course to let them stretch their legs and eat some grass.

Our extraordinary photographer lives nearby, so after settling the horses in for the night, we met up with her for dinner. Plus I got to stay at her house with real showers and yummy food and late nights with movies. So awesome.

Friday started out bright and early around 9am. It was glorious. And by glorious, I mean I've never gotten such a leisurely start to an out of town equine event before.

We saddled up and headed out on the course. Even our seasoned road warrior guide (Ms Song, the draft cross) was a little up, so we just made big, easy loops around the course and threaded through the jumps. Courage was trying so hard to be the best at figuring out what to do.

He watched Song and listened to me and we ended up having just a lovely 30 minute walk around. He settled in nicely. I opted not to trot or canter. My whole goal for the weekend was just to start building calm, positive experiences for him so he could start to understand what life as a show horse is like.

After the ride, Ellie and I stuck him in his stall and just let him chill while we did lunch.

Then it was lesson time! Our eventing instructor has only ever seen him flail and run, so we signed up for a flat lesson. 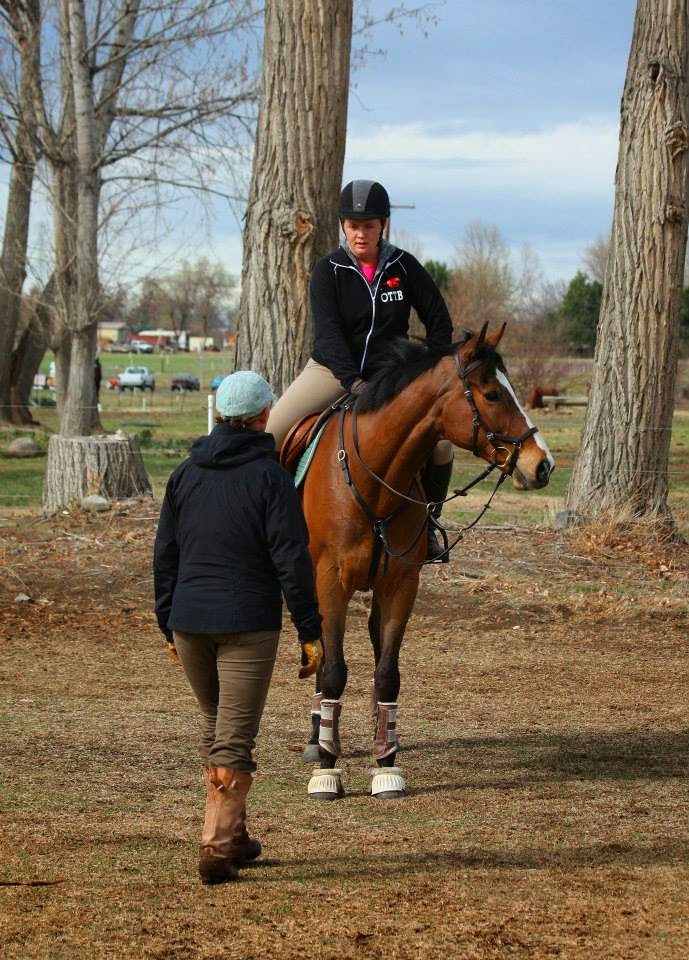 Because the whole experience was so new for him, we just did it in the big outdoor arena instead of adding in the variables like "open space" and "lots of grass". We talked about the things Courage works on at home, then honed in on some issues to really focus on for the future.


First things first--I had to ride him forward instead of just accepting the little mincing trot he sometimes offers. I feel like I usually do this ok at home (when I'm not just being lazy), but I tend to back off the pressure when we go places, which helps neither of us. He's a good boy and he can deal with it.

The plus side is that he feels GREAT and is totally happy going forward. Yeah! Big improvement from last year.


Next biggie for me is to really HOLD THE CONNECTION WITH MY OUTSIDE REIN. I put that in all caps for me. This is so.important.

Once he's forward, this allows me to direct his energy instead of just fizzling out to nowhere. As our instructor pointed out, we can channel energy going forward. When it just sort of disappears, it has a habit of appearing again in places we don't want it, especially with a green horse in a new environment.


In order to help both of us with the outside rein concept, we started doing baby leg yields on the circle.

Our circle quickly changed to a figure eight as we practiced changed the bend through the middle. Big takeaways for me were he has a much harder time going straight to the left, so instead of taking more bend, I need to ride him straight and almost think half pass to keep him up and straight on his right shoulder.

So, it's still inside leg to outside rein, but it's with a strong outside leg as well to help straighten him. We don't need a powerskid to the right--we want crisp edges. 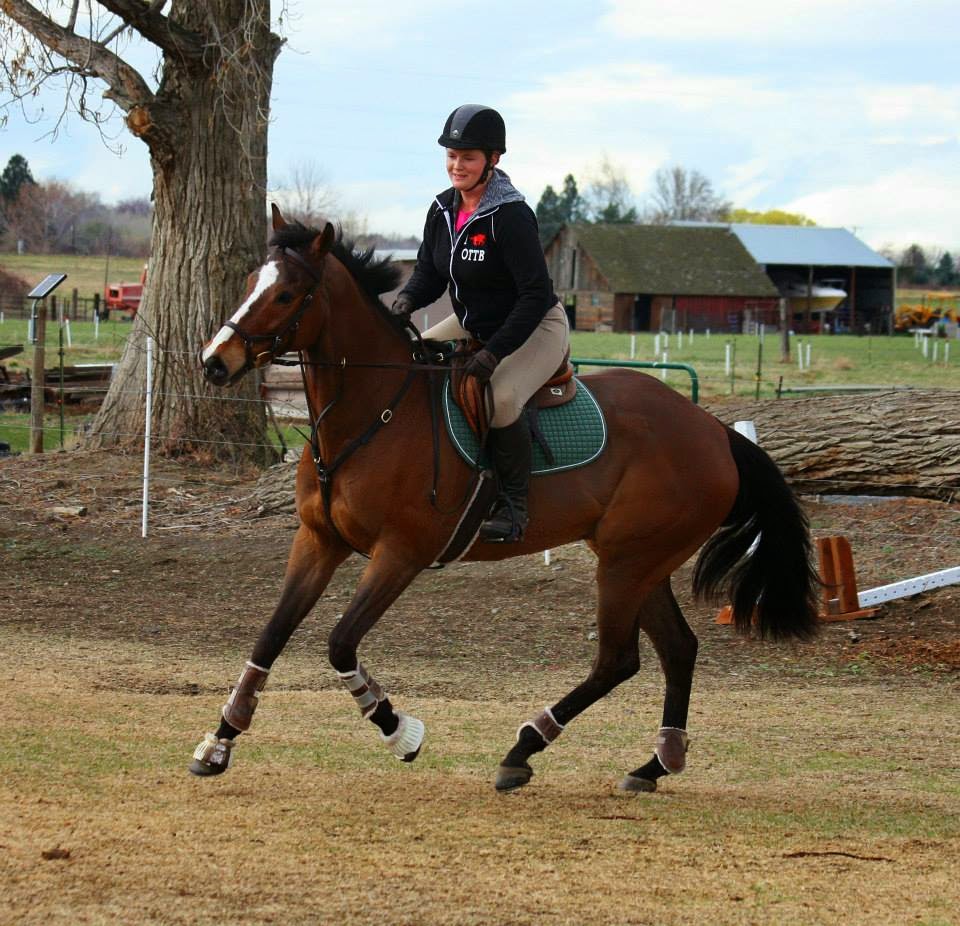 We delved into the canter briefly. I was pleased that we managed to do it without a single flail, which is pretty good since we basically did only twenty meter circles, which usually induce a flail in short order.

Canter is just something I need to spend time doing. I think the flailing comes a bit from being underpowered and unbalanced, because we didn't have so much as a hint of it when I really rode him forward.

Of course, the connection at the canter will improve once we get it more dialed in at the trot.


Once I really got Courage straight and forward into the contact, he pretty much looked amazing. Our instructor was really impressed with his willingness, intelligence, and gaits. Right now, I have to work really hard to get him straight and into the outside rein, but it will only improve with training and time. 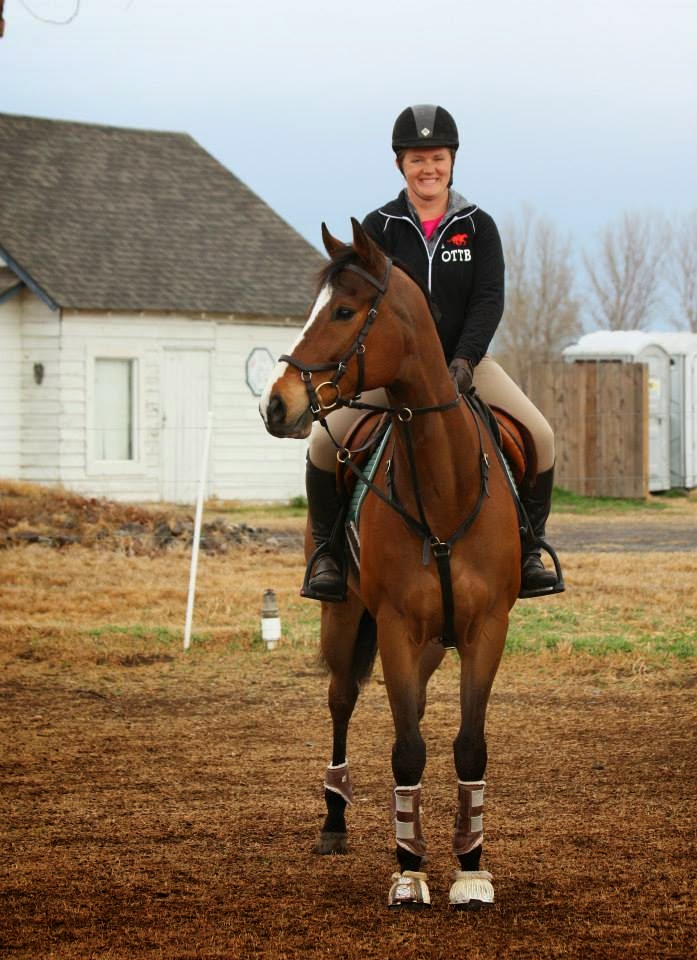 I hadn't had a fancy lesson (that I like, paid for) ever with Courage--we have stayed on the outskirts and done group events just to get him acclimated. I feel like he's finally ready for that one on one attention and I'm super psyched to start progressing with him. (I'm less psyched about affording it, but we'll figure it out.)

We finished the day off with a fun little photoshoot and some quality hand grazing time. Trailer loads of clients had started to show up and the main event was starting on Saturday.

(to be continued)
Posted by SprinklerBandit at 7:00 AM