A Study in Forward 1: Lesson

Lest you think I am completely insane, here's a better write up of our lesson from Thursday. It wasn't all deer leaps and craziness.

We started out trotting through 6 poles set 2.5' apart. If that sounds really short to you, well, it is. The idea was that the spacing between the poles would teach the horses to compress their strides and the number of poles would make the riders actually have to plan ahead. 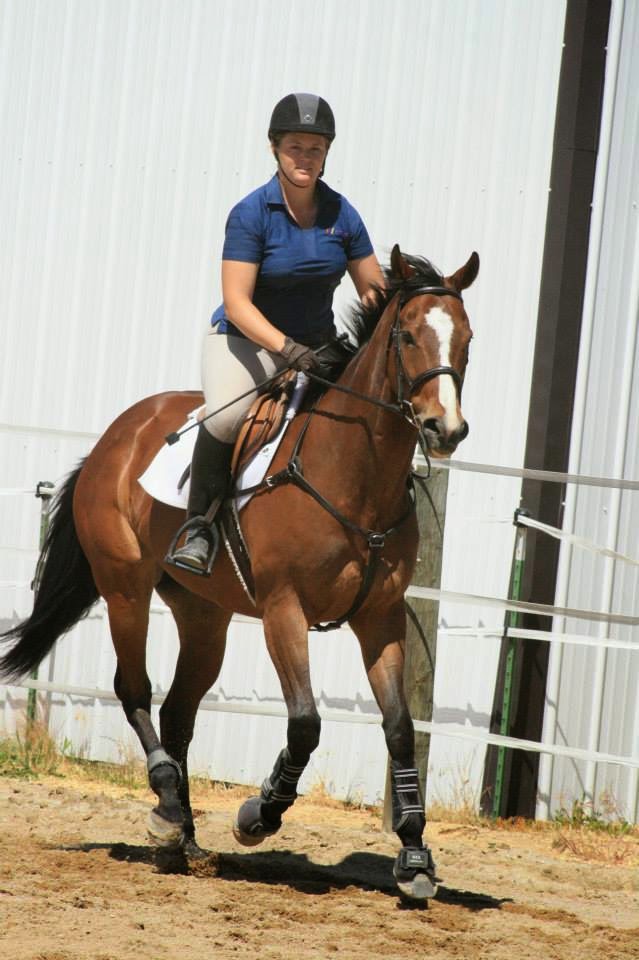 I'll be honest. I was really impressed that not one single time did Courage leap the poles. That was his MO last year. Hooray for starting to grow up! It was a really interesting exercise because I had to determine the right balance to bring him in with, then figure out how to maintain it without pulling on him. The first three poles were easy, the last three not so much. We did end up nailing it each direction, but it's an exercise I'd love to set again and play with. 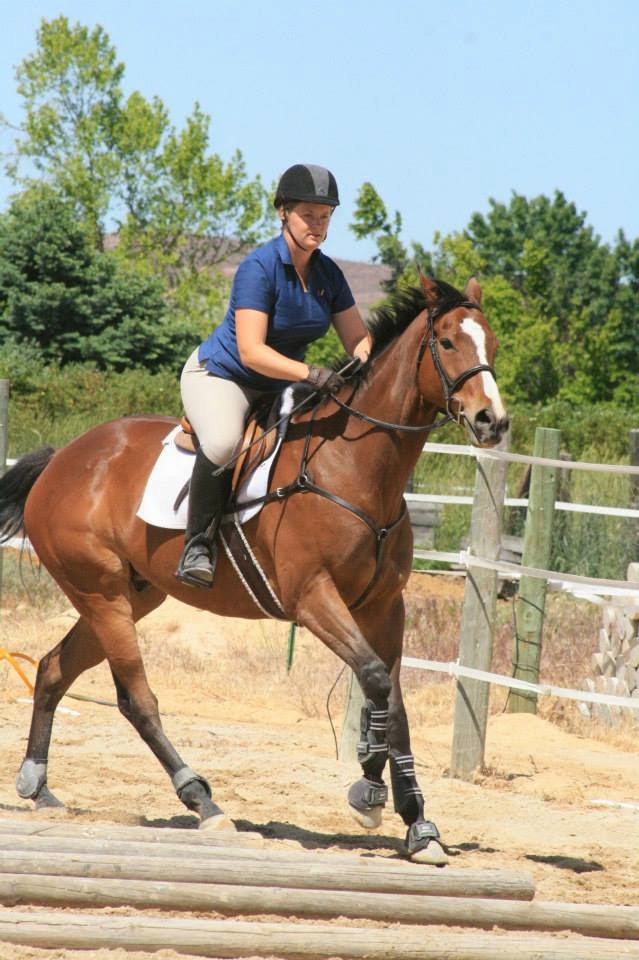 Then we progressed to three canter poles. These were to encourage a longer stride while keeping the balance up and bouncy. Not gonna lie, we pretty much rocked them. I felt like a total badass in the saddle. I was like "Courage, go forward! I'm balanced with my leg on!" and he was all "HELLZ YEAH I AM THE BEST AT CANTER POLES!!!"

Of course, then came the grid. It was nearly identical to the one we did in our last lesson with S, except it was a canter in instead of a trot in.


We started out with a simple rail to an X. Courage was completely unimpresed. I focused on riding positively to the line, giving with my hands, and keeping my chest up.

You'd be surprised how hard it is to give your hands and not duck your chest. Maybe it's just me?

Anyways. C-rage was being a little rock star. We were cantering in and making some tight turns going to the line and I was THRILLED with how he was able to handle his balance and stay connected through all that. He couldn't have done it two weeks ago.

Our instructor is really big on horses being adjustable. Any time you go to approach the jump, she wants the horse in a place where you are able to send them forward or bring them back at a moment's notice without breaking gait. 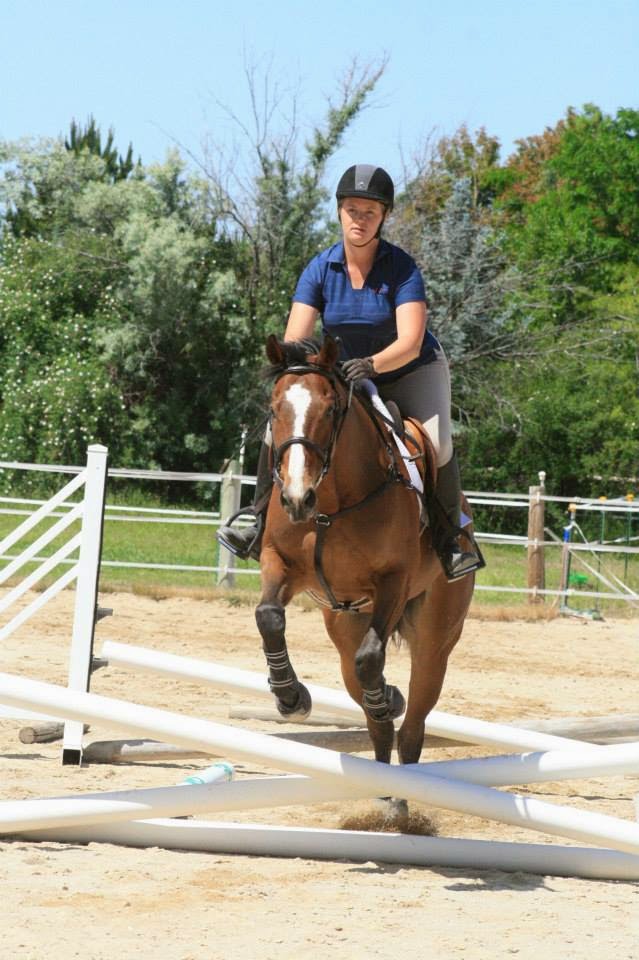 Again, I was really happy with how responsive Courage was. He's not all there, not yet, but we had one moment where I was doing a prep circle before going to the exercise and I closed my leg and he just ZOOMED. Go go baby horse!! Obviously (to anyone who read Friday's post) it's not a confirmed response yet, but it's coming along.

I was really pleased with how Courage was able to use his neck and body over the lower jumps. He definitely understood the exercise and was busy being the best at it. 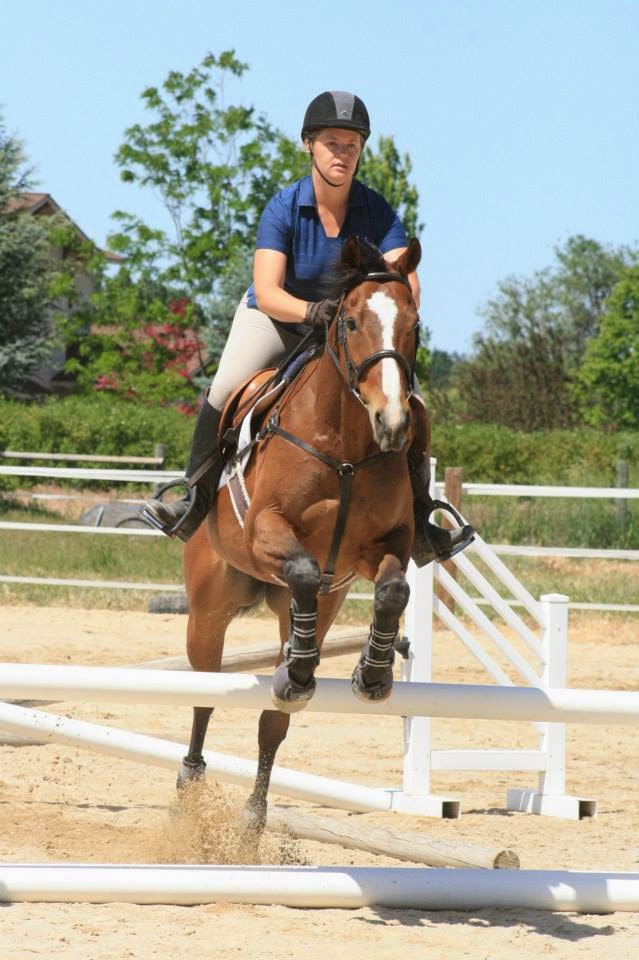 We moved the second jump up to a good sized (for him) vertical, and the little man was still quite debonair. He was straight and committed to the line and forward and rideable. All good things.

Which brings us to explaining the epic deer leaping shots. Once we added the back rail to the oxer, Courage was trying SO HARD to BE THE BEST at... whatever... that he slowed down to look at the question and didn't erspond when I put my leg on. He deer leaped the first time and kind of scared himself. He deer leaped even harder the second time because if it didn't work once, try even harder next time, right?

I totally sympathize with that mindset. Overachiever problems.

We dropped the back rail and added a placing pole on the far side to make the question easier for him.

Then he tried to stop at the X and run out at the vertical.

He wasn't naughty, he was just worried and not understanding how to use his body to answer the question. We were giving him all the tools, but he isn't quite broke enough on the flat for me to tell him how to do it and he's too green over fences to figure it out on his own.

So we made the question even easier. I brought him back to the vertical at the walk and my trainer dropped it to a ground pole. We hop/walked out. 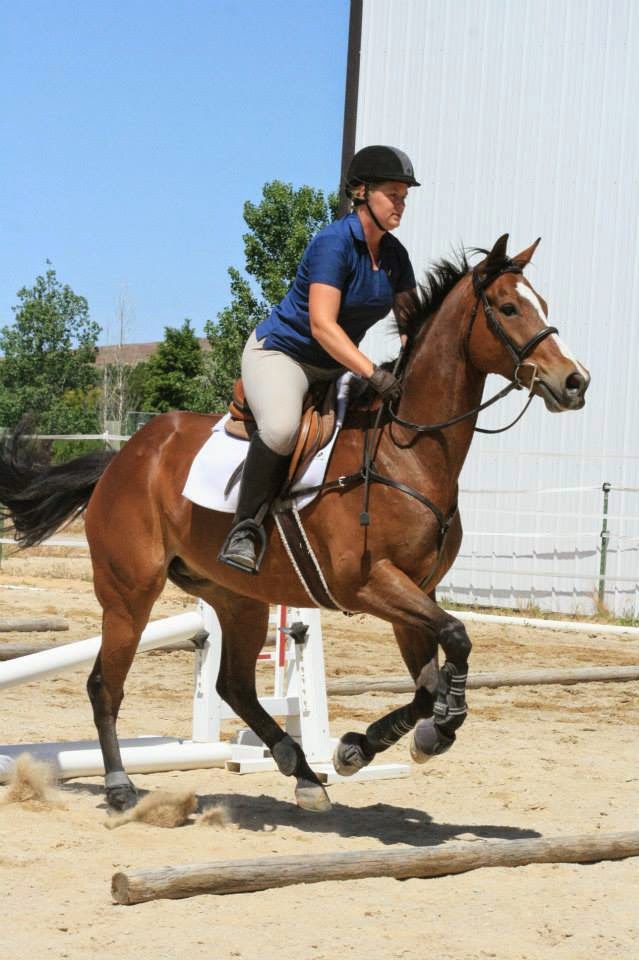 Then she raised it to half a cross rail.

Courage was still unsure and very wiggly, which is uncharacteristic of him. I let him trot in/canter out a few times until he felt more comfortable and confident.

Finally, he started taking me to the jump again. Bold expression, going forward.

Still. We've made a ton of progress in the past few weeks. The fact that I don't consistently ride him forward and he isn't confirmed moving off my leg yet... was just going to bite us in the ass again. Hard.

To be continued...
Posted by SprinklerBandit at 7:29 AM