I have this weird feeling that I just can't quite shake right now. As an adult, I have never owned a horse more than three years. Period. I'm on my third (fourth?) horse. I've intended to keep each one forever. It doesn't work out.

And Courage and I have a three year anniversary in July.

I'm committed to this relationship, so I won't sell/trade him away because he's unsuitable like I did horses #1 and #2. I can only hope we don't face crippling and catastrophic lameness like #3.

But each case has been a little different and I'm just twitchy enough (and apparently superstitious enough) that I feel paralyzed. Or at least inhibited. I don't want to pay for lifetime numbers for him. I hardly want to think about plans and goals beyond this spring. I know I'm being weird, but it's a real thing for me.

At least until after July 27th of this year. That's our three year anniversary. That's when we start into untested territory for horse ownership and my adult self. 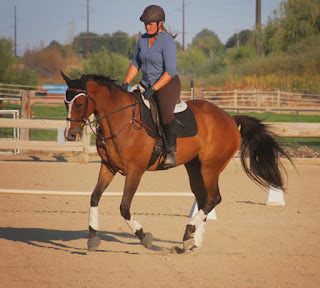 Here's to many more with this guy! (And can it not be winter anymore? That would be ok.)
Posted by SprinklerBandit at 7:00 AM