Emma got everyone talking about Thoroughbred pedigrees again, which is super cool. I really, really wish I was the pedigree queen who cared about breeding and shit, but I'm not and I don't. I do, however, have friends that are SUPER into it. So I coast on that. 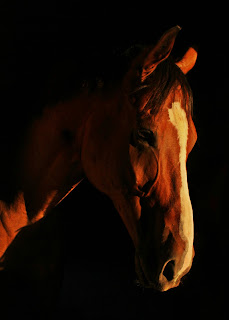 My one friend who ought to blog and doesn't made me this. It's Courage's pedigree with photos of all the relatives she could track down, which is pretty cool.

His sire is Lord Carson.

Oh and this. This TOTALLY sounds like Courage: "Grade 2 winner LORD CARSON (Carson City) died on March 16 due to head injuries he suffered while in the breeding shed. " Dramatic freak breeding accident? Yup. I can see that. Courage isn't even a stallion and he'd like to have one of those. Furthermore, depending on who you ask, that was either a totally random whoopsie or HIGHLY correlated with his rapidly plunging value in the breeding shed with an insurance renewal coming up.

Courage is a pretty unique guy--I was initially attracted to his confidence and calm and when further poking around Lord Carson lore (who knew?!), I found these quotes about the plain bay stallion:

"The first time I got to ride him was in November of his three year old year and he was already built like a six year old."

That checks out. C has always been BEEFY. Like "his race trainer put him on a diet" style beefy. He's built and he's not ashamed of it. 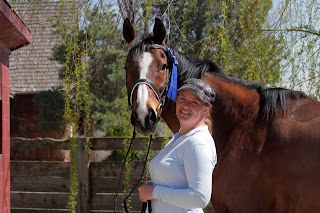 "And he had the body awareness of a mature horse too. And confidence. He was a bay horse and he had a swagger. He walked slowly, purposely, with the confidence of a lion and a kind demeanor."

Dying laughing here. Check, check, and check. Courage believes in Courage and Courage does what Courage wants. He always takes care of himself, isn't racy or quick, and goddamn he's an incredibly confident horse. He's scared of nothing.

"Lord Carson showed speed and used it tactically as a weapon. He didn’t need to go as fast as he could and he clearly wasn’t running scared. Other horses didn’t intimidate him and he used his speed wisely and with intimidation. He was just so damn cool."

Yeaaaaaah pretty much. He's totally unbothered by other horses and actually tends to do things just to get under their skin.
And then this: "It was in this moment that I saw another side to my kind, confident, friend He was pissed!" and "As soon as I lowered my body a few inches Lord Carson accelerated and his stride lengthened so far and so powerfully that his body literally lowered four or five inches."

Emotional and overly sensitive? Hm who does that sound like?

It's all from this article, which is super entertaining if you're obsessed with Courage and his quirks.

Other horses in his past are either so far back I just can't get excited or are super hard to research on account of being named after American State Capitols (I'm looking at you, Carson City). Or you know. Never did anything interesting or were super important to anyone (cough Lori Gail wtf woman).

Courage is a genetic dead end due to the whole "gelding" thing, but it makes me laugh to know he comes by it all honestly.

Posted by SprinklerBandit at 11:12 AM