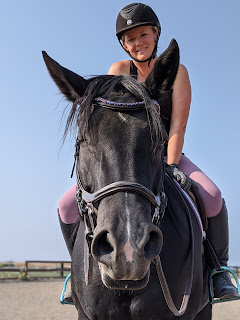 Point is. ZB is working harder and more often than she has in a minute.

As much as I go on and on about her lovely, can-do attitude, I have definitely been wondering lately about what horse I'd have when the pressure went up a little. 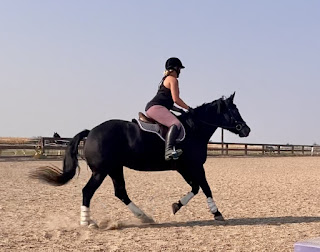 And another thing--the first summer I had ZB, a lovely trainer we did a clinic with pointed out that to move her along in dressage, I'd need to sensitize her to stimuli.

Make her hotter, if you will.

I was a few months off a hotter-than-hell horse and that sounded like the worst idea on the planet to me.

So I didn't do it. (And then my whole life fell apart and I basically quit riding, but who's counting?)

That creates a twofold issue now--we're adding pressure and I'm dialing up her sensitivity. I'm saying REACT QUICKER and MORE REACTIONS and both of those things are new.

Her response is a mixed bag--she definitely handles pressure better than any horse I've had before. She's willing to step up and try hard and give me good work, day in and day out.

She also (very fairly) has some of her own ideas about how that should go down.

I'm having a fabulous time problem solving our way through it. I dialed up her reactions (great!) but then when I tried to do a bareback-in-a-dress photoshoot after work one day, she was like OMG LIONZ, which was kind of funny because I'm pretty sure she'd just SMOOSH LION if she actually met one.

It's not a bad thing per se, it's just a different item to address. 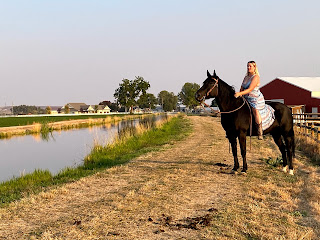 I also have no interest in mindlessly drilling her like YOU WILL DO 5000 TRANSITIONS because fuck that noise. I'm not that person and I don't want to be. Like if you are that person, maybe get an RC car or something because you will break a living being. #shade

Which brings us back to our usual training path. 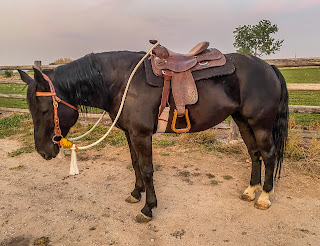 do we have a usual path

My biggest thing about not wanting to "sensitize" my non-reactive horse was that I did not want to create a dragon-monster-horse that lost it's shit over stupid things like a stereotypical dressage arena princess. Zero interest. Got ZB to not have that horse.

But we're fooling around western and you know what a good western horse is? 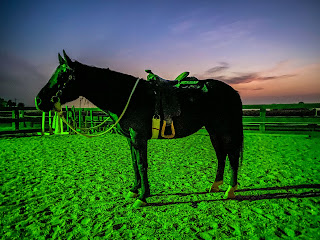 dramatic in photos? wait no

Dialed in to their rider on a low wavelength energy. It's not about being hot and reactive--it's about being keyed in and responsive.

It's about the rider being clear and consistent, providing the same subtle aids.

It's about the horse being soft with it's mind and body, carrying itself forward. 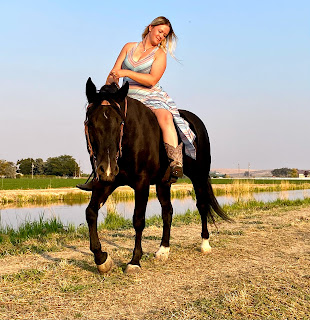 got kickass pictures too. cake=had and eaten.

OH MY GOD WE JUST WENT FULL CIRCLE DID ANYONE ELSE SEE THAT.

Please tell me you saw that. 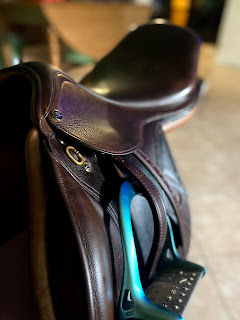 I'm working on becoming the best version of myself. Say after me:

It's a lot harder than you'd think. Remember how we had a jump lesson like a week ago and my position was totally bangin' and I was totally mentally like "GOOD JOB SELF YOU ARE SUCH A SUPER RIDER WELL DONE"?

Well then we had an impromptu jump night and all the things I did right in the lesson, I managed to do wrong. See also: run at fence, pick to the base, fling entire upper body at miniscule X.

Strangely, our performance was less brilliant that day. Even my gung-ho, jump-loving baby horse was like NO MUM IS NOT SAFE 4 JUMPIN and slammed on the brakes. Whoops. 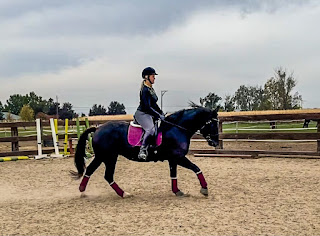 The cool thing with horses is that they don't really hold grudges, tho. I cleaned up my ride, and she gave me different results. Clear, consistent responses to clear, consistent aids.

Who is training who?