So much awesome pony stuff happened this weekend! I'm going to break it down by theme. Let's start with jumping, because that was awesome.

Friday morning, Alyssa trekked out to take some pictures. I threw Courage on the lunge line and set a jump. We had a lesson coming up and I wanted him to work through the physical jumping process one more time before I tried to ride him.

When I'm lunging him over jumps, I usually use the jump blocks as the inside standard, so there's nothing for the line to catch on, but I still have tons of adjustability. The drawback is that they tip over easily and don't get very tall. Up til this point, that was ok, but I wanted to push Couage a little and see what happened.

So we used barrels.

It was his first time ever seeing jumps that big, much less jumping them. He's definitely got his mojo back, because my brave little man didn't even blink.

I set it up and widened it very gradually. We started with poles on the ground, then an X, then a vertical, then oxer.

The reason I lunge instead of free jump is that we are specifically addressing HOW he approaches and departs, not really just the jump. Thus when he deer leaped a vertical and landed on all four feet (which is uncomfortable for everyone), he launched forward and started pissing off.

I just reeled him in and made him pay attention while completely skipping the jump until he was ready to approach quietly again. 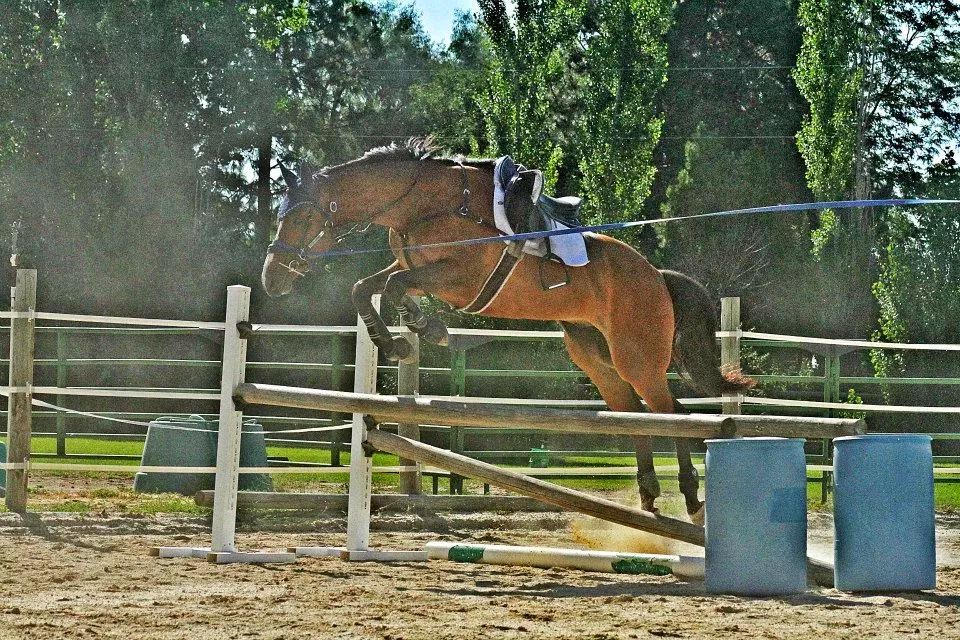 He just jog-trotted in, rocked back, and BAM. 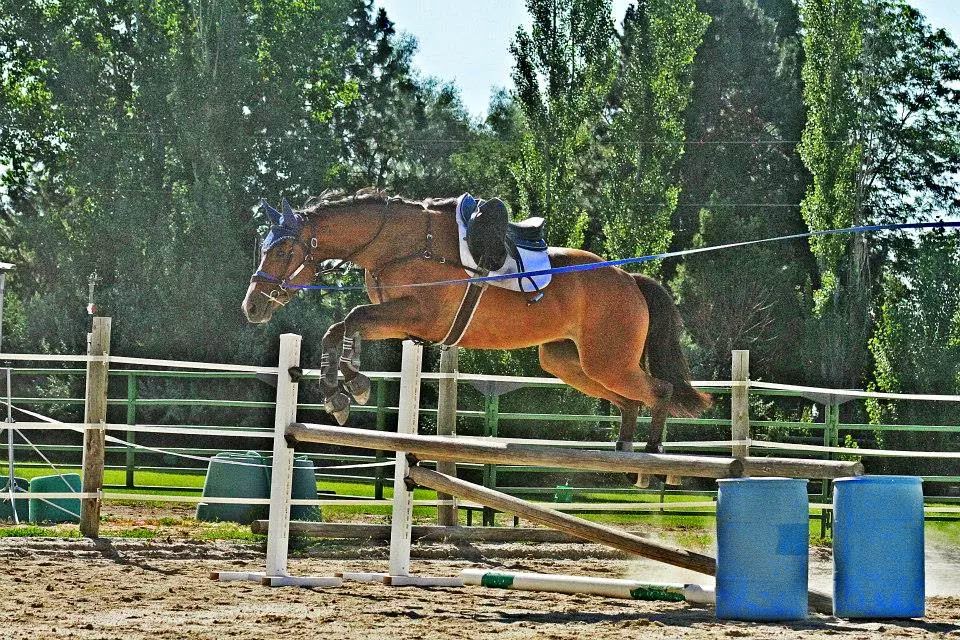 Technique-wise, I'm very attentive to the fact that this is hard physical and mental work for him, so I only have him jump each jump once or twice each direction before moving it up. I want jumping to be fun and interesting, not uncomfortable and scary.


I'd say it's working--we had a lesson bright and early the next morning. We addressed our biggest under-saddle jump yet.

Couldn't be happier with how he's coming along.
Posted by SprinklerBandit at 7:00 AM