Under Pressure: Language, Responsibility, and the Intelligent Animal 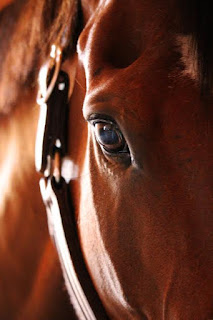 I'm a very practical person, despite my tendency to deck out everything equine in solid rhinestones. At the end of the day, kick=go, pull=stop, and I had better generally be getting more positive results than negative. I don't expect to be the best, but I do expect basic obedience.

And I don't think that's wrong.

However. There are multiple ways to go about getting it.

This spring, y'all probably remember Courage and I going through a rough patch. We basically did the same thing last spring (and both of those directly correlate with redacted). I've expressed frustration to various equine professionals and gotten a lot of different responses, none of which really satisfied me. 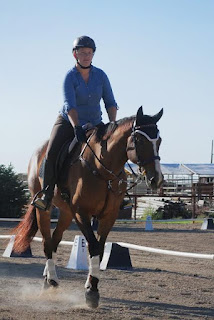 Here's the thing: the professionals I was interacting with weren't seeing the whole picture. Courage was. For various non-blogging-appropriate reasons, I have had two enormously shitty springs in a row. Like. Cannot even express how shitty. Really bad.

And so while Courage might have an attitude problem or struggle with spring weather or ulcers or a myriad of other potential problems, Occam's Razor suggests that the likeliest explanation is simply that I dragged all my shit to the barn with me and my incredibly sensitive thoroughbred (who mirrors everything I do) responded in kind.

I realize this isn't a popular opinion in training circles. I've been repeatedly told "the horse must give to pressure" and "don't let him get away with that" and the like.

But what if the horse already gave to the pressure I brought with me? 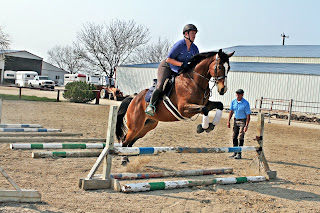 One (very bad) day last spring, I showed up to ride when Courage was turned out. He spent a solid half hour running away from me as fast as he could. Sweat was pouring off him and dripping on the ground. He was blowing like he'd just run a race, and he kept on running.

You could say that's because he's a thoroughbred.

Or you could observe that when I show up in a good mental state, he literally walks up and meets me.

The only variable that changes is me. My attitude, my emotions, my energy--they all feed directly into his behavior. This is why the right trainer is so important for both of us--an increase in tension creates a decrease in productivity. 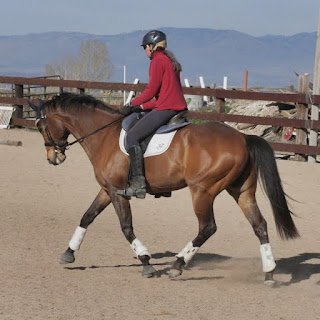 Our current dressage trainer is far less concerned with showing and far more concerned with relaxation. "I have time" is the motto she lives by. I cannot even tell you how much good this has done for Courage. Instead of "pressure on, make him give", she just relaxes and everything is simple and what seems like treading water turns into leaps and bounds of forward progress.

I like to over-analyze everything, so I've tried to drag more information out of her. She doesn't say much, because so much of what she does is just feel for a horse on any given day. Still, it sparked an idea.

A few weeks back, I picked up Horsemanship Through Life, by Mark Rashid. Reading it was life altering. I'm not even exaggerating. I liked it so much that I promptly bought almost everything he's written off of amazon and bought a second copy of the book to mail to a friend. 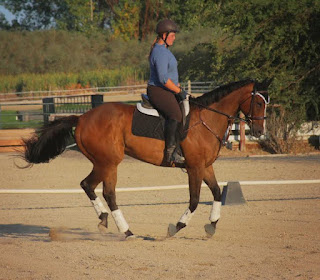 He writes like my trainer teaches. Thoughtfully. Carefully. With the horse in mind. Without kowtowing to current training trends. One quote that's really stuck with me lately is this:

"Any behavior a horse offers is just information about how he feels. The only thing that makes that information good, bad, or indifferent is the importance we put on it."

I know it's unpopular among horse show people when I say Courage's flailing response represents me overfacing him and me pushing him too hard. Everyone immediately wants to say "IT'S HIS FAULT HE NEEDS TO LEARN TO DEAL". And maybe he does. But until I can present the information to him in chunks he can manage and I can build up his trust in me to the extent that he doesn't think he needs to check out of a situation to protect himself? 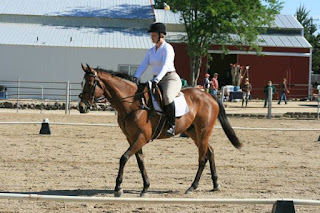 Face it: that's fucking confusing, especially for an intelligent, sensitive animal that's used to being good at stuff. 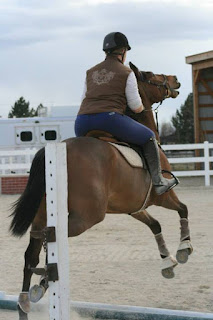 That's what I've been working through lately. Then I read Saiph's post on Animal Behavior (it's long and so, so worth it) and I just wanted to jump up and down and scream YES THAT'S EXACTLY IT. As she so eloquently puts it, "Language is language is language, whether it be expressed with our voice and words or with our bodies, and animal body language is still a language."

This. So much this. Getting through to Courage is about much more than proper, correct riding--it's about learning to speak his language, so he can start to understand mine. Let's face it--people far more correct and skilled than myself can get on him and do all the right things, but that doesn't make him a fourth level horse. He only understands TO HERE (about training level and a third) and that is as far as it goes right now. 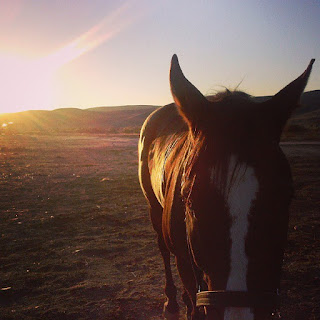 Rough patches are a part of training and they're never going to go away. However, if I know that I'm bringing baggage with me that will negatively affect my horse on any given day (or week) (or month) (or quarter) (or whatever), as the human in the relationship, I need to make choices that are fair to my equine partner.

If my life problems are clouding my judgement, it is on me (and not him) to make better choices, whether that means skipping the barn entirely, only doing ground work, or just having fun with no real training goals.

Those things build trust. Unleashing negative emotions on a non-participant sucks it away and makes a simple training setback into an insurmountable problem that is 100% my fault.

As horsemen, as trainers, as human beings, we owe it to our animals to do better. 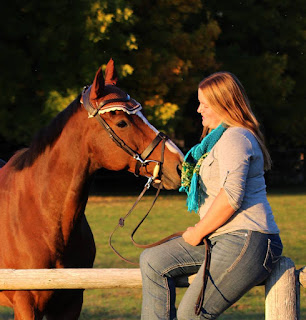 So instead of cranking up the volume on my horse, it is my responsibility to show up to work each day with a clear, calm mind and a willingness to communicate. He's going to have good days and bad days, and that's perfectly normal. I have to check my baggage at the gate, appreciate my horse for who he is, and listen to him when he talks to me.


And then, we can have a conversation about moving forward.
Posted by SprinklerBandit at 7:00 AM