First Clip in the Books

I swore off clipping until the end of October this year, but between 80f+ temps and Courage getting super hairy, even a quick 20 minute ride ended with him in a lather. I found myself with a few unexpected free hours on Saturday, so I busted out the clippers and went crazy.

I love a good full body clip, but Courage isn't in that hard or consistent work right now and I'd like his blanketing to be as low-maintenance as possible. With this clip, he still has most of his hair, but the areas that get most hot are bare. 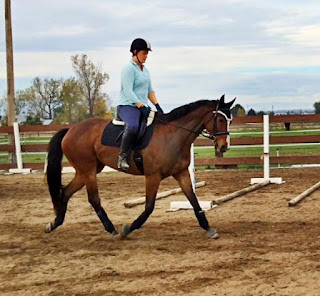 Courage is the sort of horse that does have to be blanketed in the winter, as he loves getting dirty and HATES being brushed. I just don't want to make it an issue before we have too. It's still warm enough that we'll be doing the constant blanket on/off routine for the foreseeable future, and that's just a pain.

So yes. Round 1=chaser clip and shoulder hearts.
Posted by SprinklerBandit at 7:00 AM