Our good friend Ellie over at Cedes of Change came out and took some lovely pictures of Izzy yesterday. She did a nice post about us, but I'll repost a couple pictures here, too. You can see my album here.

We did some basic flatwork to start off with. Izzy was distracted and quick, both of which I attribute to the most obvious cause, which is zero turnout. We finally got her settled and did a little jumping. She was ok on the star of poles exercise we've been doing on and off. She did not approve of the four trot poles; we just took a massive flying leap over them on one try. When she'd finally go through, we headed over to the grid.

She's been a little quick coming out of there, but I always attributed that to the fact that it's set for slightly larger jumps, so the striding is just the tiniest bit wonky.

That was certainly not the case today. She'd jump in fast. I'd correct with the bit (I know, bad) and she'd RUN FOR IT!!!! You would not believe how fast Miss Izzy can jump through a grid of crossrails. It's amazing. Also unsafe.

We worked on that a bit, but Izzy was up and not wanting to settle down. Cathy had me setting my hands down and using my body to slow her, which helped a lot, but ultimately doesn't compensate for a totally fried pony brain. Ugh. Boarding. It's driving me nuts. Anyways. I will now upload pictures. 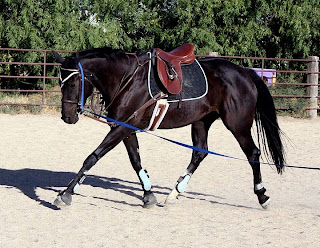 Lunging with sidereins. Since we're working on going forward into contact and not being giraffe pony, I use them loosely adjusted. Izzy seems to be past the "Buuut I can't dooooo it" phase and on to the "Ok, I got this" phase. Lovely shot of a lovely pony, wouldn't you say? 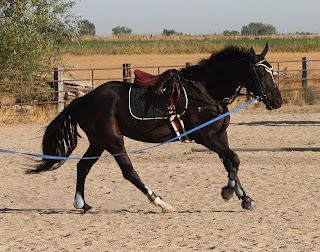 Cantering. What a good girl. 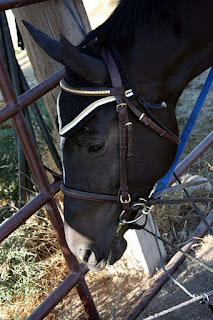 I LOVE this shot of her face. She looks so polished, even if she's just scouting for weeds while I put the sidereins away. 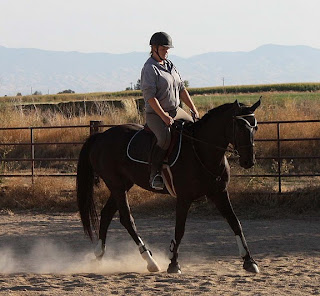 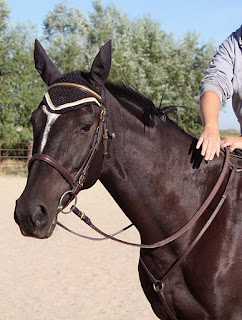 Taking a break. Pretty much the cutest thing ever. 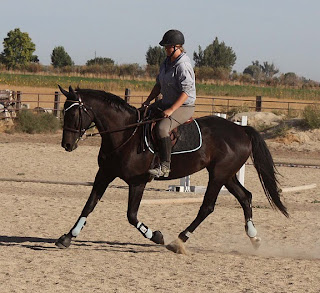 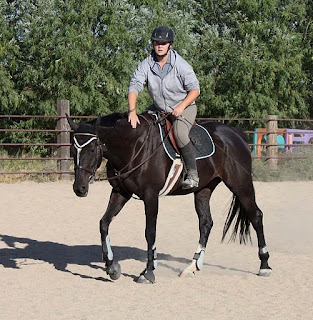 This photo series makes it look like we take a lot of breaks. Actually, we really don't. Still, I love her facial expressions. 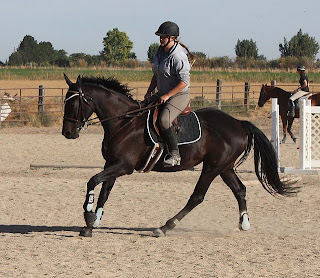 Canter. This shot is much more engaged than the last time I posted a canter picture... maybe I'll scour up a link. Anyways. We've been working hard and I think I can see some improvement. 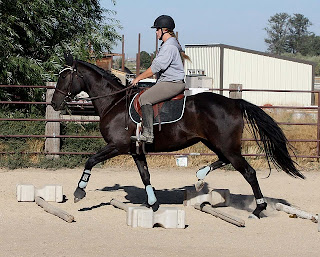 Trot poles! This was not the time we took a massive flying leap. Look at that hock bending, though. Pretty impressive. 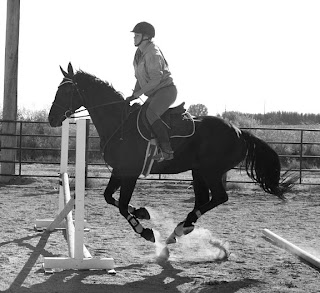 Gallop!! Not the plan, but it turned into a nice picture. 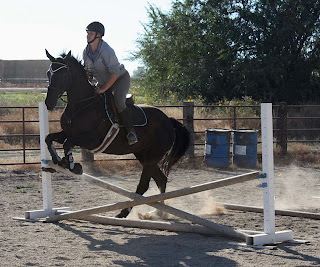 Pardon the position. It's a nice shot of Izzy's early jumping form and my lack thereof. ;-) (In my defense, I have not jumped regularly since highschool... ) 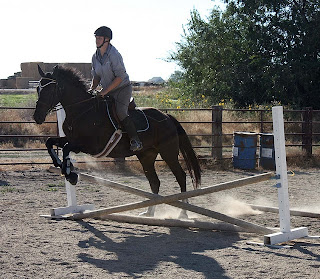 Another big jump where it wasn't really required. 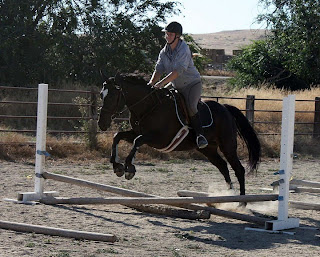 I know Izzy's really long and flat here, but I think it's the best shot of me riding. At least I'm more or less with her. 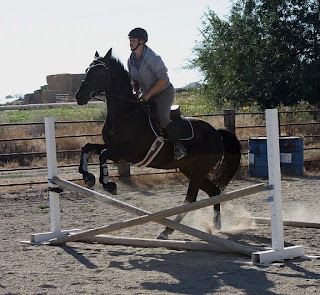 I'm way ahead, but what square knees she has! 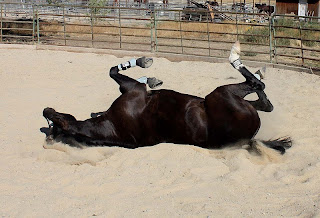 Looking at the pictures, I think my problem is partly that I lack a solid jumping foundation. I know I need to go forward with my horse to keep from hitting her in the face, but I have my stirrups a little too long and so I lose my base of support entirely. It makes me insecure which probably doesn't help her rushing at all.

Thankfully, she's super gorgeous and the photography is great, so most of you aren't looking at me anyways.
Posted by SprinklerBandit at 12:25 PM