I generally don't blog on the weekends a lot, just because I'm busy horsing around, but OMG, HOUSTON WE HAVE PROGRESS!!!

Yesterday, Cuna looked horrible. He was still in pain and he didn't eat because he felt bad. Of course I'd opted for feed through bute, because he's such a great eater in general. I stressed about it for about an hour, then called the closest person I knew who could give IV shots.

One dose of bute later, he started perking up. He cleaned up his hay and even nickered to the barn owner for more food. Phew. I started feeling better.

Enter today. I showed up at the barn to feed grain and he whinnied to me!!! So cute. He walked around his dry lot looking almost sound. His ears were pricked and he was finally interested in what was going on around him again.

I took advantage of the morning cool and quiet and let Cuna out in the pasture just behind his drylot. I knew his feet might get a little wet from dew, but I thought his dry lot was enough to let him dry out again. I also pulled his hind wraps off since he's finally actually moving.

At first, he wasn't sure what to do. He stood by me. I walked to the fence.

He ambled around, head down as he sniffed and got the lay of the land.

I was a little concerned that he's go all "Classic Cuna" on me and stand by the gate while refusing to graze. After all, he wasn't leaving the dirt.

Not to worry! He dropped right down and rolled, the first time I've seen that behavior in weeks.

Next he wandered around the pasture, checking things out while nibbling here and there. I snapped pictures madly. I can't even express how happy I am to see him moving and alert and acting like his old self again.

He reached the far end of the (quite large) pasture, then turned and softly cantered back. He wasn't racing or anxious or even very lame. He was just enjoying himself and his surroundings.


I think we can safely say the old man horse is on the mend. 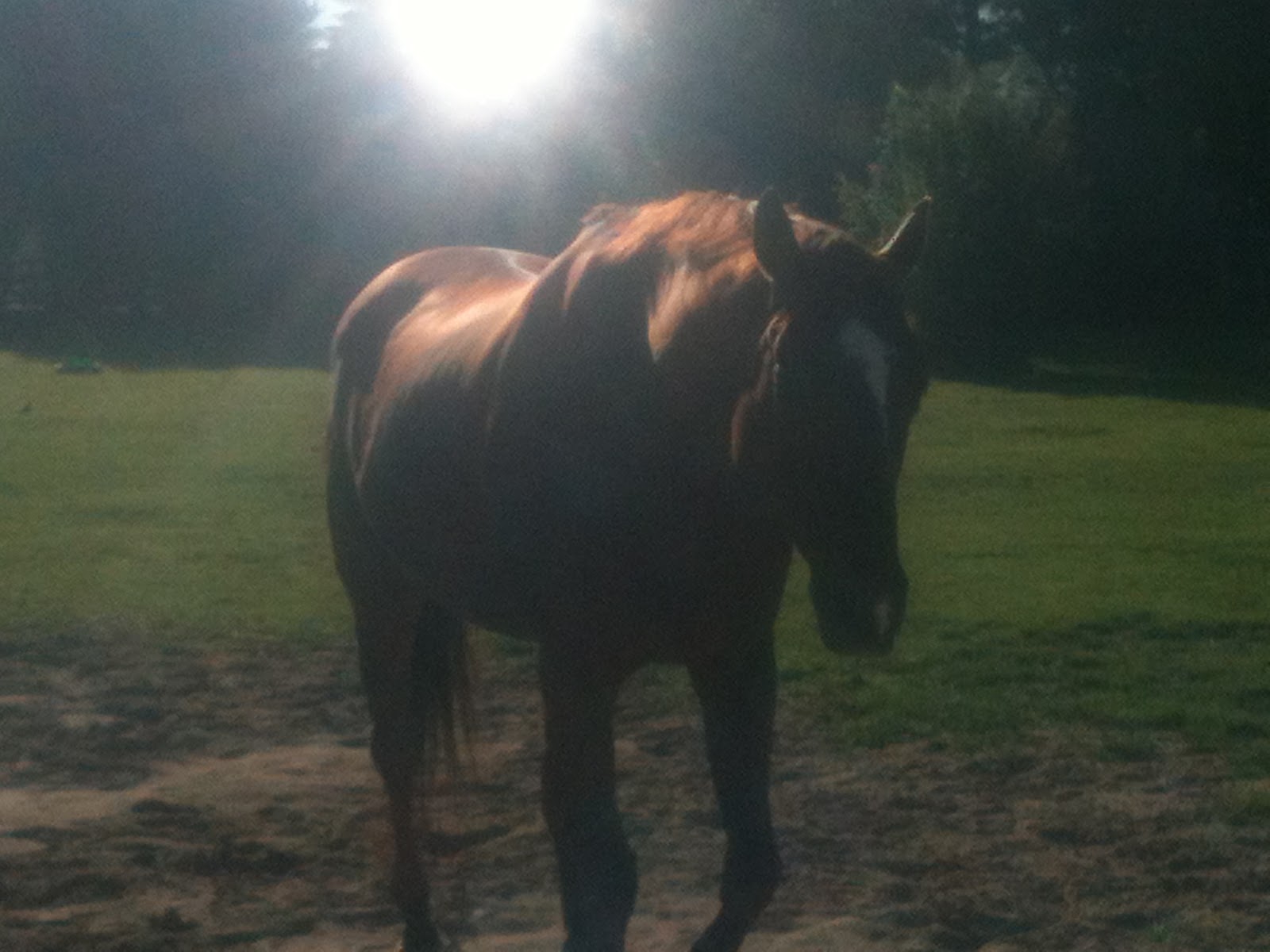 Posted by SprinklerBandit at 1:52 PM