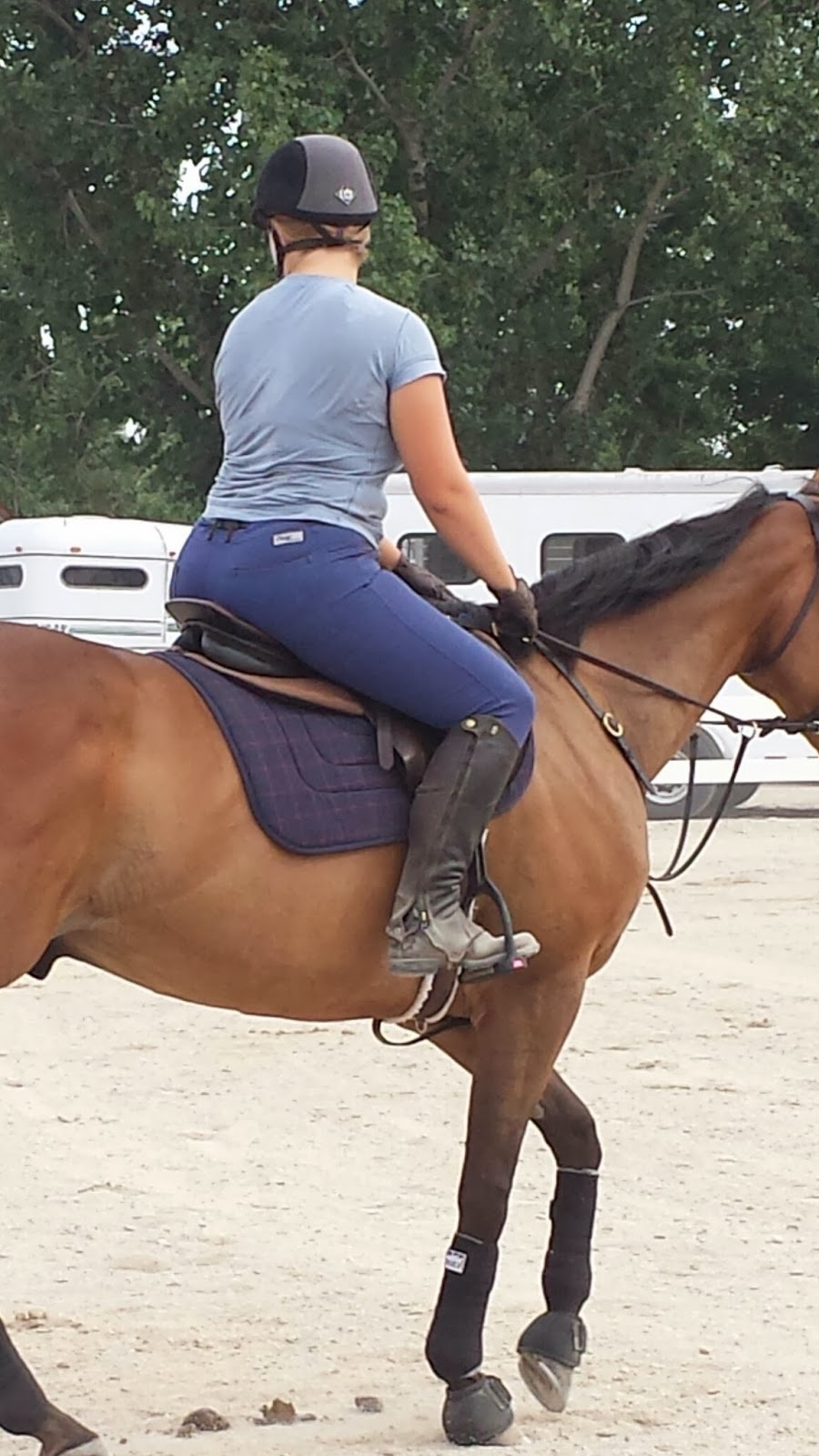 Since I have a horse to ride again, I thought it was worth my time to own more than one pair of breeches. I have a pair of Rompf kneepatch breeches that I love, but they run about $100 a pair and my local store was out. Instead of getting more of the same, I decided to try the Pipers because they were so well-reviewed in the blogosphere. It helped that Smartpak was running a 20% off promotion and that I qualified for free shipping by buying two pairs.

What I think:
I've waited to write this review because I like to put products to the test before I say too much about them. I purchased them back in August and have a solid month's abuse on both pairs now, so I think I can talk freely.

For $60, I think they're alright. They fit me well, but I am long waisted, so the higher rise actually suits me perfectly. I absolutely love the sock bottoms (no annoying velcro, huzzah!). Either I have freakishly narrow ankles or the sock bottoms are cut pretty wide, because they're loose on me. 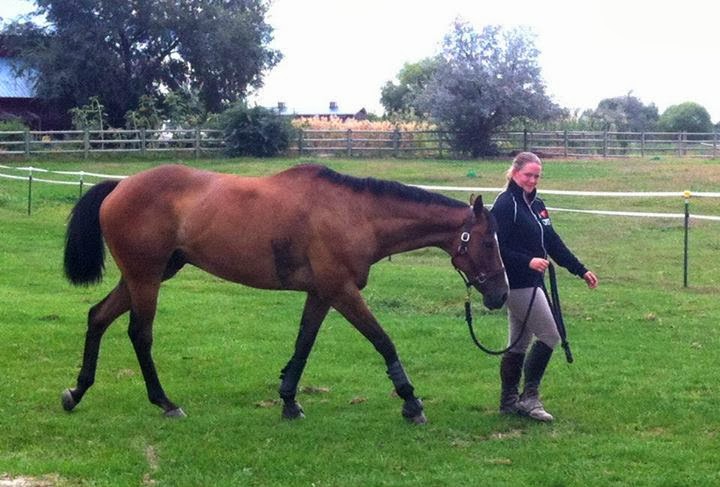 I've gotten plenty of compliments on how they look, especially the tan pair with the teal contrast stitching. The belt loops are wide enough to accommodate a 1" to maybe a 1.5" belt. The material is soft and stretchy. I don't think it holds everything in place as well as my thicker and a bit stiffer Rompfs, but it's still respectable. They probably won't be great cold weather breeches, but they are great for summer.

They have held their shape well, and I don't feel like anything is out of place at the end of another long day in the sun.

The top of the breeches close with two hooks (fine). However, the inside of the loops are inside the breeches, meaning that the metal is cutting into my stomach. That's fine on dress pants, since no one actually does anything in them, but for athletic wear? Ouch. In addition, there is a seam on the outside of the lower leg in both colorways that digs into my skin. My half chaps are pretty loose, but when it's hot, my legs hurt when I take these breeches off, from that seam. That puts them into a tricky weather category--too lightweight of fabric to wear when it's cold, but they take your skin off when it's hot. 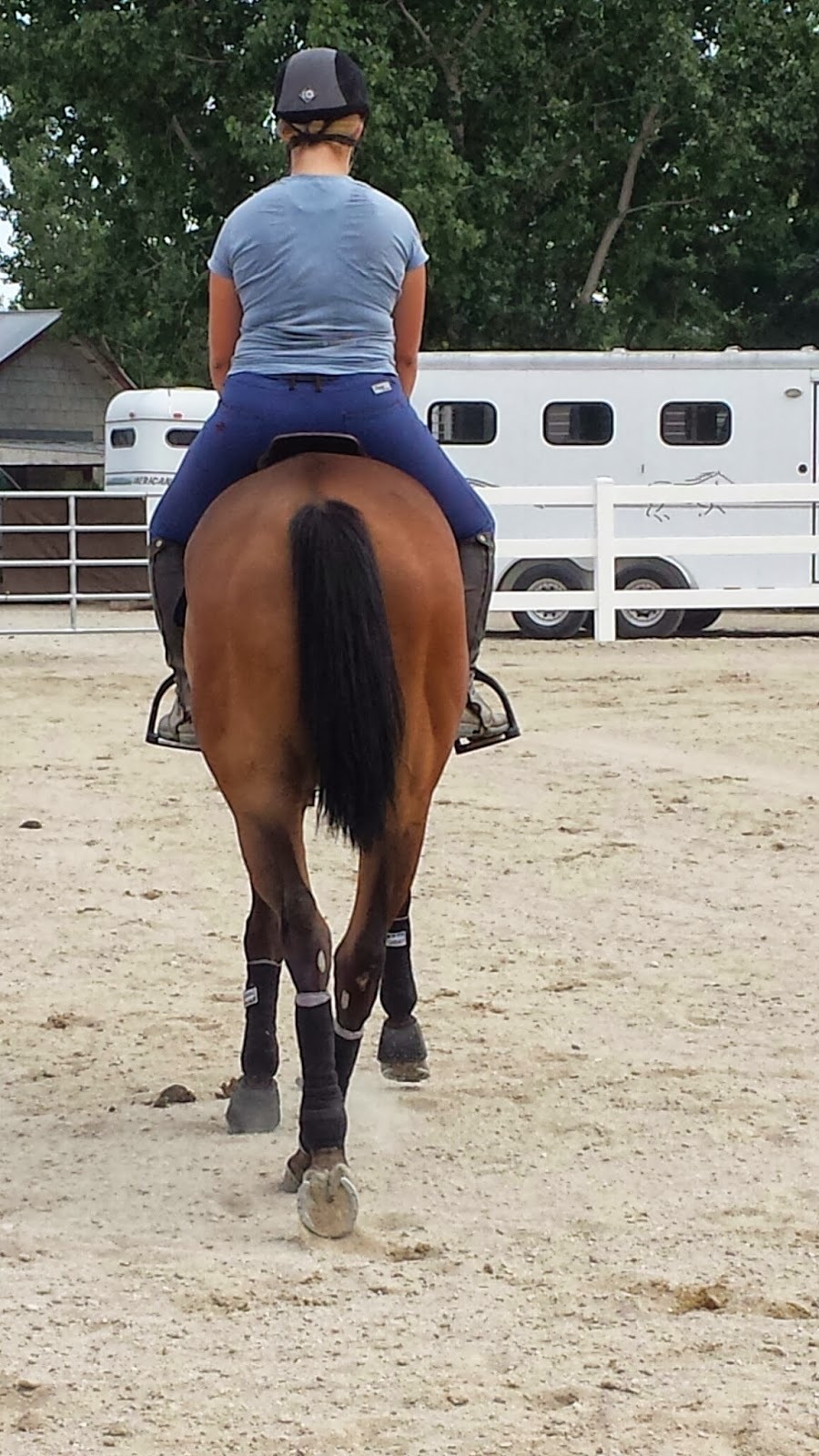 I should add that I use the snot out of breeches. I probably spend the least amount of time in them riding--I run errands, feed horses, clean stalls, buck hay, and scrub water tanks. To their credit, they haven't stained or looked ratty, but I noticed that they take snags a lot easier than makes me comfortable as far as long term use is concerned.

That said, for the casual rider (or someone who only wears breeches to ride, then changes to do chores), they are a great choice for any budget.


Noted: I was in no way compensated to write this and I had to buy the breeches on my own. I'm simply sharing information to benefit the blogger community.

Also noted: If you want to compensate me to write something, let's chat.
Posted by SprinklerBandit at 7:09 AM