As you may have picked up in my (possibly a little) angsty post yesterday, not all is well in the world of Courage. He was feeling really fantastic. Going great.

I figured it was me--I can get too fixated on one thing (say canter transitions) and forget how something else is blocking it (demon right hand). I looked at videos. I had people watch. To everyone, he looks fine. We look fine.

But to me, he didn't quite... something.

I medicated the only way I know how. 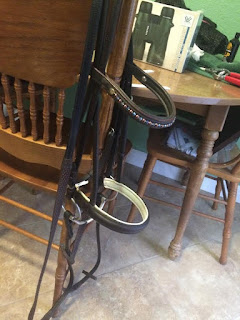 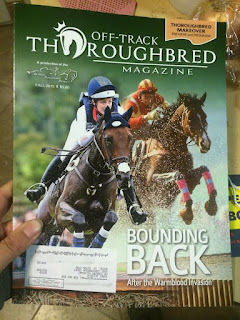 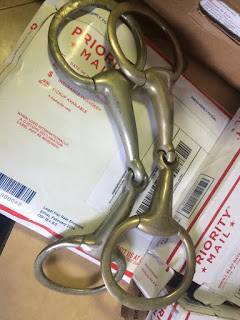 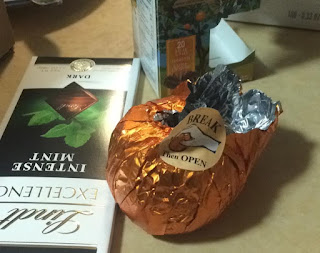 Believe it or not, I only bought ONE of the things in ONE of the pictures above. Ha! Who says I can't panic and still adult?

Anyways. None of the shiny things made my horse go any better. And again, he wasn't bad. 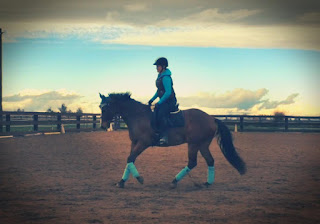 He just didn't try as hard. Didn't want to push through his body. Didn't quiiiiiite give me the connection we had before. I thought maybe he was getting a little burned out on dressage, so we hacked and jumped for a few days, but had all the same problems, even over fences.

And he loves jumping and is usually fantastic for it. So that's weird.

Finally, while riding in fading evening light this week, Courage was just not feeling it. I called him a twat. Then I called him worse. We COULD NOT go around the right corner of the arena like a normal horse no matter what I did and how well I rode. 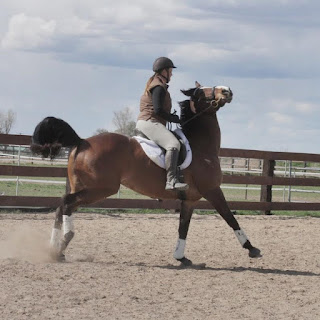 Haven't we had this exact conversation before?

I don't know why it took me this long to figure it out and I'm actually really pumped that either I got it sooner or Courage has learned to express himself less extravagantly, because there was no flailing (for once), but I contacted his favorite body work lady. She'll be out Friday.

Because this is what he does when he hurts all over and needs a little extra help.

I'm excited to get my horse back.
Posted by SprinklerBandit at 7:00 AM