Insights from Outside: The Horse Husband Speaks

My non-horsey (but supportive) husband does not come to the barn. I have told him that he has to come watch me show when I start doing something interesting, but given my recent discipline change, I think that's (still) a long ways off. As it stands, he's seen Courage in person one time, but listens to me talk about him way more than a reasonable man ought to listen to his wife talk about another guy.
Which brings us to his commentary on the horse world, based on what he hears from me:

(The day Courage came home) "What do you mean you got a horse? I thought that was just an idea, not something that was happening."

(Walking in on me watching freestyles): "This music is way too dramatic for what that horse is doing."

(Same as above): "I am having a hard time taking dressage seriously when the song is Dancing Queen."
(When he saw the sparkle Charles Owen for the first time): "Don't you think that's a little bit much?"

(To Alyssa at my birthday party): "You gave her a belt that didn't have sparkles on it? Don't you know how to use a hot glue gun?"

(You have as much context as I do): "All horse girls are bitches. Except Alyssa. She seems nice." 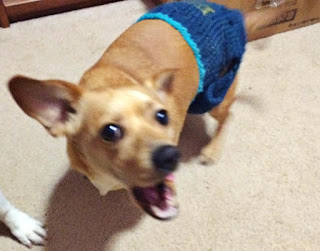 Who else has non-horsey gems in their lives?
Posted by SprinklerBandit at 7:00 AM