IT'S OSCAR SEASON (more or less). As someone who rarely watches movies and gives no shits about celebrity gossip, I can absolutely assure you that the BEST part of this time of the year is the best/worst dressed lists. I may hate dressing up, but I love all the pretty pictures. And let's be real: the bad ones are the best.

Ladies and (maybe?) Gents, today I'm bringing you this year's winners for "worst possible clothing ideas". Manufacturers, I salute you for your efforts to put forward interesting and innovative ideas. Some of those ideas are brilliant. Some are mediocre and repetitive.

Neither of those things are included on this list.

This list is for the things so unique and so bad that I cannot even comprehend why anyone ever thought they were a good idea, much less slapped a label on them and then thought that a same human being would buy them.

From the bottom up:


Boots are hardly a fashion statement when equestrian life includes sclepping large amounts of real and metaphorical shit through mud, dust, and sand, right? Boots are needed. Boots are life. Is it even possible to screw boots up? 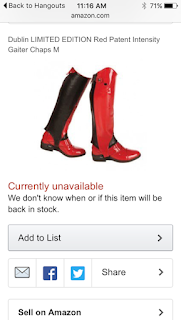 Dublin answered that question with a resounding YES. Meet the horrific plastic shiney red non-space boots that people were somehow supposed to ride in. I mean, if your skin didn't break out in hives just looking at them, think about the total lack of breathability. And your feet. And anerobic bacteria. Ladies and gentlemen, meet the first boots that it's possible to get a venereal disease from without even doing anything weird.

No wonder these were only ever made once and never re-released. Special edition my ass.


Breeches are important. There is no denying that riding is a leg sport and what we put over our legs is critically important. Modern technology (and elastic!) have completely revolutionized the riding-pants market. But hey. There's lots of asses and lots of ideas and is it even possible to make one idea any more universally wrong than those gross old mushroom pants? (You know what I'm talking about.) 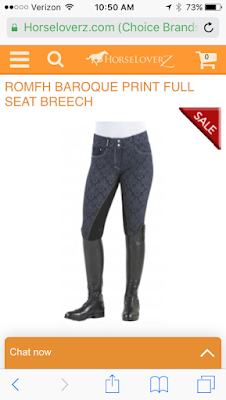 YES Romfh says. YES. This thing is so wrong that it can never be right! We can debate all day whether plaid is slimming (it's not) or whether it looks good on curvy girls (it doesn't) or whether they should wear it anyways (ehhhhhh no thanks), but one thing we can all universally agree on: no one needs baroque wallpaper on their ass. Ever. They didn't even do that in the baroque period and those guys thought this shit up in the first place.


But wait!! Patterned shirts are much less revealing (in bad ways) and much more cute! Who can hate on patterned shirts?! (Well, I can. But they're not the worst.)

No. Shirts have evolved a lot in the past years. We have tech material (super cool), venting (amazing), stretchy stuff (love), and all kinds of fashion knowledge to put to use. I mean, WAL MART makes tech shirts now. If they can do it, how can a much cooler company screw it up? 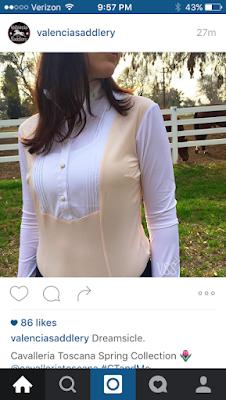 So, so badly. I'm not familiar with Cavalleria Toscana, and at this point, I don't want to be. Whether you call this a "generous maternity shirt for ocoto-mom", a "reverse dickie", or just plain "in poor taste" (or whether you string all those together and create a new genre), you've pretty well got it nailed. There is no part of this that is not a terrible idea, which is why I have to use a double negative to describe it.

But SB, you're saying, no one sees our shirts! We have STOCK TIES!!

We can argue all day about the pros and cons of stock ties in a supposedly-athletic endeavor. I mean, I buy the part about tourniquets out hunting, but that presupposes 1) you are not in an arena on a show grounds with an ambulance (where else do you personally wear a stock tie?) and 2) OH YEAH THAT YOU AREN'T A LAZY BASTARD WITH A PRE-TIED MODEL. 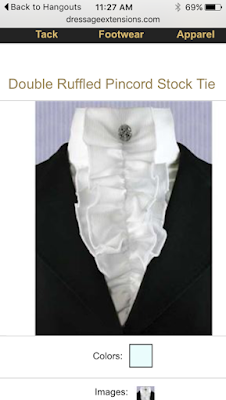 Yup. Clocking in at nearly $50+shipping, this beauty screams "I'M AN ATHLETE NOT A SLAVE-OWNING VICTORIAN RACIST". Wait no. I got that backwards. Plantation owners, rejoice! Your ruffly poor taste is now enshrined in modern dressage. As a statement. Of god knows what. Egads.

I mean really! All athletes need these. o.0

But for real. Athletes need helmets and who can hate on HELMETS?

I mean. As a modern equestrian who likes my non-vegetative state, I am absolutely 100% in favor of helmets. I may think it's a bit ridiculous to shell out for $900 Antares/Samshield custom job, but people spend money on all kinds of shit I don't have, and bully for them. Right?

But then I saw this monstrosity: 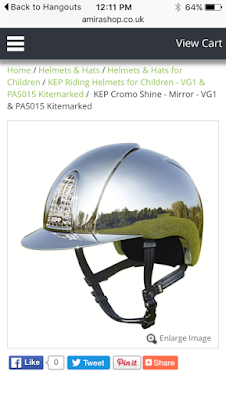 Not only does this chrome dome clock in at $708 American dollars BEFORE shipping from overseas (oh yes), it's also made by KEP, of 900facebookpony fame. You remember that whole saga? Haha! If you buy expensive helmets, you should: KEP basically manufactures high-priced low-tech head-grenades, in that their helmets fall apart with precious little provocation and actually don't protect your precious grey matter from anything. Not impacts. Not dust. You would literally be better off bare headed.

These aren't just items with a worse-than-average shelf appeal. Each one of these is specially-crafted to a level of horrible-ness that I'm not sure I wanted to know existed.

What do you think? Did I miss something? Include your favorite item? There's always more than one worst dressed list to go around!!
Posted by SprinklerBandit at 7:00 AM