I don't have crazy aspirations. I never have. Even as a young(ish) kid who rode, when people would ask if I wanted to go to the Olympics, I'd look them in the eye and tell them I couldn't afford it. 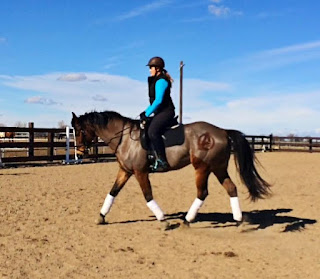 And then I wouldn't worry about it.

I'm not going to the Olympics. Ever.

I'm okay with that. I don't need outside accolades to prove to myself that I'm doing the best I can.

But things have been going well with Courage lately. I mean, yeah, I can only actually get on him about every other day on account of some stuff we're working through, but when I can get on, he's very, very good. 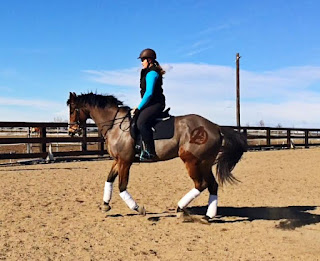 And this stupid idea keeps kicking around the back of my head.

It's a stupid idea. 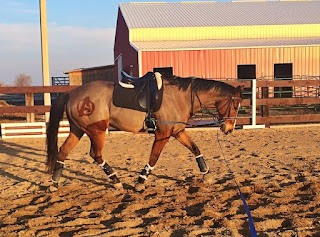 I'm an average rider. I do not have great means. At this point, I am not willing to sell my body and soul as a working student to learn what I need.

I'd have to do it like I am, nights and weekends and a shoestring budget.

There are SO MANY REASONS it can't happen. 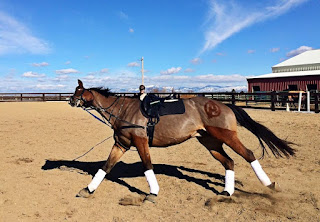 For starters, I can't afford it. The best chance of success would be a fancy warmblood, a stall at a fancy training barn, and multiple lessons a week. I have none of those.

Nexties, Courage is 11 now. We haven't even competed at first level yet.

Neither of us is God's Gift to Dressage. At all.

I mean, the only thing going for us is the fact that one clinician one time told me that not only could I get my bronze medal on him, but there was "no reason he couldn't get silver and gold too. He has three correct gaits." 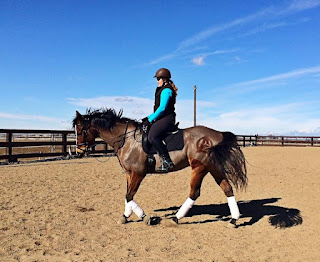 Well, that and a saddle that fits.

So I guess there are two things going for us.

It's a stupid goal. It's not even a clever dream. It's unrealistic, out of reach, and downright pretentious. It's probably the most common goal in the entire horse world and hardly anyone ever achieves it.

To think that some silly, flabby, uninspired and completely average adult ammy could take an older, pressure-averse OTTB gelding to Grand Prix. 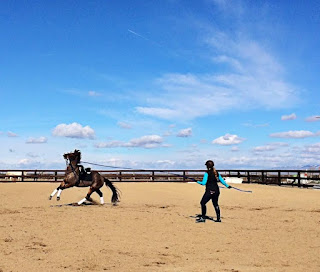 But it won't go away.

I don't even know enough to know why we can't make it. I just know that there's this gaping chasm of knowledge and skill and ability (and talent and time and aptitude) and I haven't the foggiest idea who to even ask to find out how to cross it and get to that silly dream so that they can tell me no in the first place. 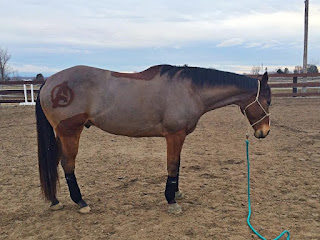 He's too old. I'm too poor. Neither of us is fancy enough. It's silly. It's dumb. I'm eminently practical and this goal is the opposite of that.

But you know what else? We also have a good, local recognized show, so for once, travel wouldn't be an obstacle.

That makes three things going for us. 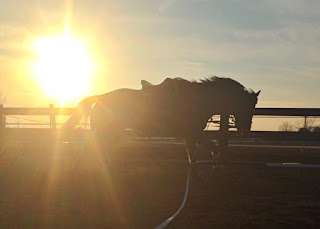