I realize that I never really finished giving y'all a walking tour of the fabulous barn we're at.

Here is Izzy having a lovely time in the turnout next to the arena. 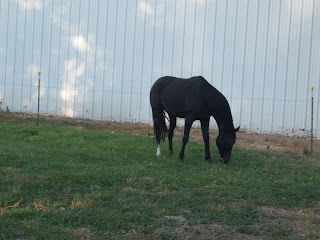 While she was eating (this is several days ago), I took more pictures.

This is the scary aisle we have to walk down to get to the indoor. It's way, way less scary than the bubble of doom from last year. 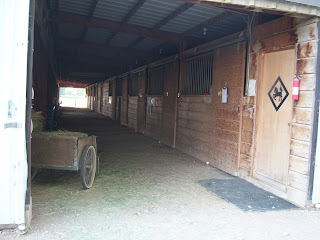 If you don't go down that aisle, you'll come across the outdoor small court dressage arena. 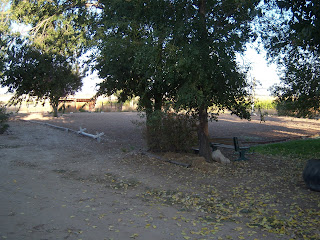 Yes, there is a tree in the middle of it. I'm told that most visiting dressage instructors like that feature in the summer time. ;-)

Next to the dressage arena are some runs with three-sided shelters for boarders. One of the horses is almost a ringer for Izzy. 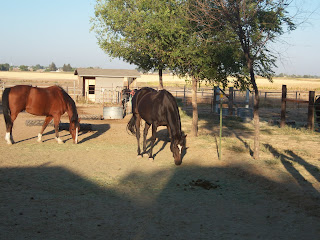 Seriously. Minus the stocking, it's totally her. Well, that, and I think this horse is a gelding.

Keep going around behind the indoor and you'll come across the big outdoor arena. 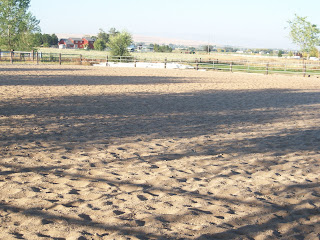 Continue straight and cross the road--here's our third and final outdoor arena. It's also the only one Izzy and I haven't used yet. 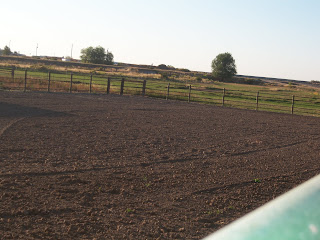 It's somewhere between the dressage and the large outdoor in size and it has nicely groomed dirt footing. We'll ride in it soon as a matter of principle.

Ok, now we're on to picture from today. (If you're tracking with the walking tour, we have now crossed the road, walked by the green grassy turnouts, and are back to Izzy's barn.) 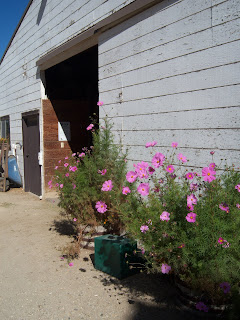 I love the pretty flowers.

Here is the darling mare herself, showing off in the cross ties. She was being absolutely adorable and sweet when I was taking these. 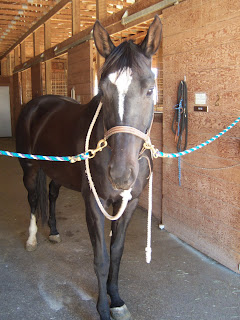 I actually had some time this morning, so I went ahead and did what all the good horsey-care books say to do: I hand picked her tail! It didn't take as long as I thought it would and she looked fabulous afterward. I'll have to do that more often. I mean, she lost less than 10 strands of hair. Yay!

This is our only cross-tying hangup: she turns back to look at me, then can't figure out how to straighten out. 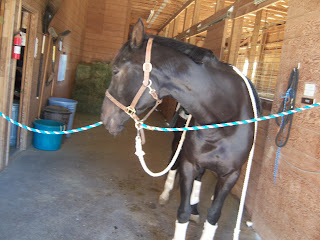 Today we were taking advantage of the track that is right behind the barn, just over the canal. To get there, you have to cross the scary bridge: 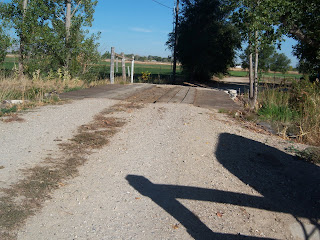 It's even scarier when water is rushing by underneath, but irrigation is mostly over for the year. Izzy did great. She looked at it a couple times, but she went right over.

After the bridge on the right is the massive hay barn. This is where they store the hay they grow themselves. 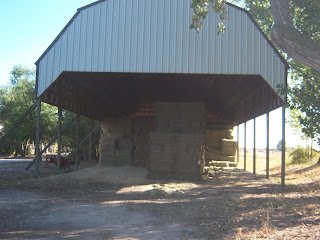 And then the track! It's only .2 of a mile I think, but it's fun and way better than nothing for sure. 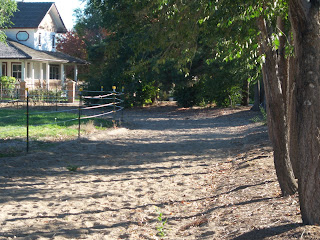 Izzy and I did a sort-of conditioning day today. We're trying to follow the schedule laid out in Jimmy Wofford's book, but that requires keeping track of time. I don't own a watch, so we just did a few fast laps, then walked one, then a few more. By fast I mean forward trot or slow canter; I'm not trying to run her off her legs. We'll get this hammered out a little better.

When we were done, Izzy got turned out in the pasture in the middle of the track. Happy mare! 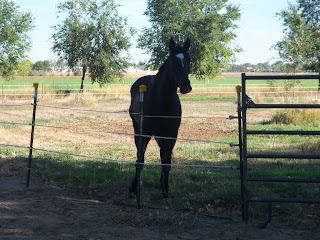