As I hope you all are aware, it is critical to replace your helmet any time you fall off and land on it. If you don't, it simply isn't protecting you.

As such, when I fell off and landed on my helmet, I went to replace it. First I went to my local tack store, but that was a massive fail (don't even get me started). I tried to order online with overnight shipping at two different retailers, but both were backordered for a couple weeks. Useless! My next move was to call Smartpak (yes, the number is programmed into my phone) and check their availability. They had the beautiful helmet I was eyeing and immediately sent it via three day shipping for a minimal charge.

Unfortunately, this process had been dragging out and I wanted to be back in the saddle. A fellow boarder had purchased a helmet in the wrong size and offered to sell it to me. Problem: it was the ugliest helmet I had ever seen: 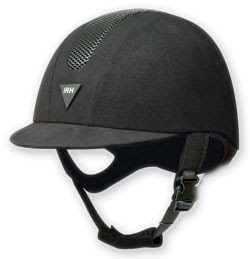 Ugly or not, it was better than a broken helmet and cheaper than a permanent brain injury, so I gritted my teeth and bought it off her.

I continued riding in it until my lovely new helmet arrived. 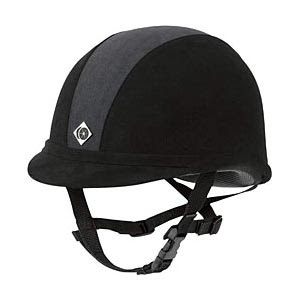 Here it is! Charles Owen JR8. I actually ordered it in black, but they sent the black/charcoal, and it's pretty too.

Anyways, here is my problem. Now that I have the pretty helmet, I don't want to ride in it. I recognize that if I fall off, I'll have to replace it. I'd far rather break the hideously ugly helmet and have this...

Consciously, I know I should just get over it and wear the pretty one. That way I can punish myself for falling off by making myself wear the ugly one until a new pretty one can come. It's a good incentive. It even makes sense--wear the one you like, keep one in reserve.

I have only taken the pretty one out of the box to try on, though. I can't imagine getting it all dirty and yucky.

What to do?
Posted by SprinklerBandit at 2:04 PM