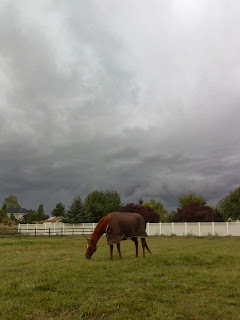 A couple of you have asked how Cuna is doing, which is a topic never far from my mind. Last week, he was having a string of good days. He looked mostly sound, he was chipper, and I was starting to day dream about looking between his red ears again, if only for a couple of laps around the field.

I can't even tall you how much I miss that. It's not that I miss riding and jumping--I can do that on Courage. It's that I miss Cuna. His attitude, his abilities, him. 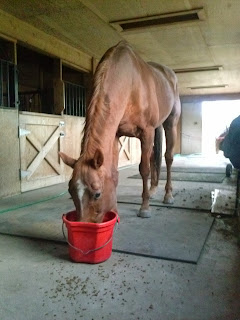 I appreciated the gesture, but I'd already seen him. I added in more fat to his feed and gave him a thorough grooming. He likes coming in to the barn and hanging out with me, but he wasn't moving well. 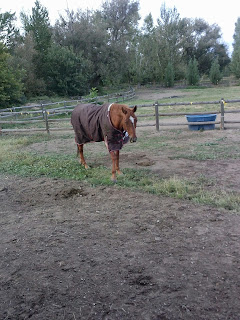 I'm at a loss for what to do. The standard protocol for laminitic horses is dry lots, grass hay, low starch feed and all the things he had at his last barn. That didn't help. On top of being dead lame, he hated it there. He hated turnout and was cranky most of the time. Now he's at a happy place as far as his brain goes, but it eats me up to watch him hobble around.

For now, I'm letting him be. Our farrier, who seems to be the only one not completely befuddled, has said that it will take up to a year for him to recover, maybe more. He said to give Cuna time to come around.

My next step is going to be exploring to see what's out there to help him toughen up his feet, since he's going barefoot for now. Any suggestions?