I've had a couple of requests to do posts on clippers and clipping, so here goes. If you have decided to clip your horse, you then have to choose what you are going to clip with. I've clipped a lot of horses with a lot of different clippers, and here are my thoughts: 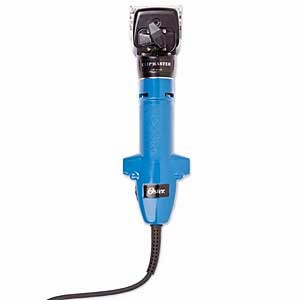 You know all those horror stories your hear about clipping and how horrible and itchy and awful it is? THESE CLIPPERS ARE WHY. I hate them. I HATE THEM. MAY THEY BE BURNED WITH THE HEAT OF A THOUSAND FIERY SUNS.

Ahem. Just below the head of the clippers (the black part), you will note two black slits in the casing. This is the fan that keeps the clippers cool BY BLOWING HAIR DIRECTLY INTO YOUR FACE.

I am not even kidding. I have probably clipped 5-10 horses with this model and it is every bit as bad as you might think. Tiny pieces of cut hair get into every crevice of your body.

They're loud. They're heavy. They break a lot. I don't think they get hot any faster than any other clipper, but if I never use these again, it will be too soon. DO NOT BUY THESE CLIPPERS.

I mean, if you get a steal of a deal and you only clip one horse once or twice a year and you have an unhealthy dose of self loathing, by all means, buy these. If, on the other hand, you don't hate your self, try ANY of the other options below. Seriously. ANYTHING is better than these.  You may think I'm exaggerating, but this is precisely how I feel about them. They do get the job done, but you will hate yourself for doing it.

Noted: this seems like a fairly simple engineering issue to fix. I have no idea why it hasn't been addressed. I have used old models, mid range models, and brand new models and they all suck(blow) equally. 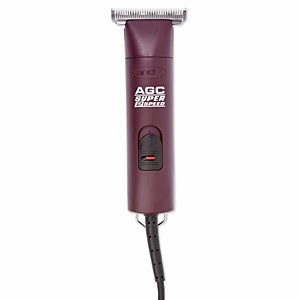 This petite little clipper was recommended to me and I found a new set on eBay for $120, so I snapped them up. It was a deviation from my usual tack whoring, but I feel passionately about clippers. I used these to clip C-rage this year and then used them as back up on a couple others.

The clipper body is actually just normal little clippers, basically. Stick a #10 or #15 blade on these suckers and bam! Face clipper. The T84 blade is wide enough to make body clipping not a bad deal.


Here's the thing though: They aren't fast. The point of the ginormous body clippers is that they basically clip as fast as you can move your arms. These clippers clip at their own speed. If you're working on a twitchy TB fresh off the track who has no hair, these are THE SHIZ. Courage fell asleep while I used them and I sort of think he couldn't handle full on body clippers yet.

That said, I used them to back up my big clippers on a drafty cross and it was zero fun. ZERO. They were getting the job done, but it was going to take forever and the drafty didn't mind the big ones, so we just used those. I will say that the blade doesn't hold an edge as well as I would like--after doing a trace on Courage and a couple spots on the drafty, they really need to be sharpened before they can be used again.

So. If you have one fine haired horse, BUY THESE NOW. If you have a hairy horse and want a multi-purpose clipper and either only do an occasional trace clip or are ok with having multiple blades and taking way too long to do your body clips, also buy these. I'm quite impressed with their versatility for the price.

If I had a hairy yak, they would not be my first choice. That said, they will eventually get the job done and your nose will not be full of hair. Winning!

A barn buddy got the Legend clippers last year, and it was love at first clip for me. These things are incredible. They are fairly loud. The blades are not interchangeable with the Andis/Oster models and their system to grading the blades is a little confusing at first. Noted: you body clip with a medium blade. Not the coarse or fine. Found that one out the hard way, haha.

They are workhorses. Last winter, I think we clipped FIVE FILTHY, DISGUSTING horses on one set of blades and they were still going strong at the end. These clippers must have a fan but it has never, not one single time, blown hair into my face. They basically take all the unpleasantness out of clipping and just leave you with the time and comfort to finish your horse out properly.


I have not used the Star models, but my research indicates that they are basically the cheaper Legends. That means they aren't designed to do multiple horses a day, so they heat up a little faster. Oil/lube frequently, give them quick breaks (while you brush the hair off the horse), and clip away.

I actually intended to buy the Lister Legends when I set about getting my own clippers this fall. They are that good.

If I were planning to just clip my one or two furry horses a couple times a year and maybe help out a friend here and there, I think I would buy the Stars. They are cheaper than the hateful Osters and they do a great job.

I was all set to pull the trigger on the Listers when these beauties came along on Tack of the Day. Andis' site lists them for $650, but Amazon always seems to have them for $350. I paid $300 on Tack of the Day. Regardless, they were well reviewed and I wanted to try them out. They came in a hard-sided carry case with cool gadgets. (Well, oil at least.)

I've only used them once so far, but it was on the drafty horse. I was very impressed. They are quieter than the average body clipper and not super heavy. The grip is easy to hang on to and the instructions for use are easy to follow.

They have a fan. It blows straight in front of the clipper, which usually clears the hair out in front of where you're working and is ok. Then you do the flanks and you have to clip straight up and yeah, it blows in your face. Not great, but not the worst design. I do like these clippers. They held their edge well, they got the job done, and they work great. That said, if I had it to do again, I'd probably buy the Listers.

These are 1000% better than the Osters, but they don't inspire the same love and devotion in me that the Listers do.

So there you go. Clippers! I'm (obviously) pretty passionate about clippers. I think I'll do a post about the hows and why of clipping, just because it's fun and I've done it a lot and it's still too cold to ride.

Anyone else? Who wants to argue in defense of the Osters? What other clippers should be on this lists?

Posted by SprinklerBandit at 8:43 AM