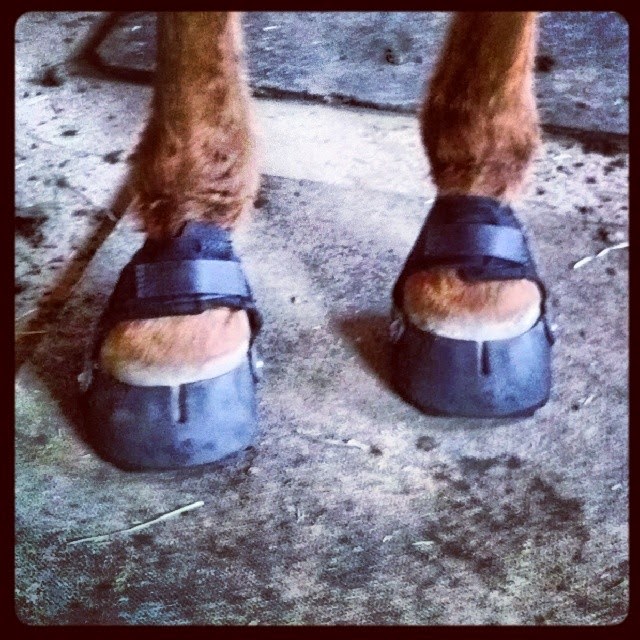 True confession: I have never been "in" to hoof boots like... ever. The hellmare went barefoot quite a bit, but I never put boots on her. I did buy a set for Cuna at the advice of my vet, and I HATED them, though my experience was probably tainted by the fact that the whole experience was miserable and horrible and depressing.

And now I have Courage.

Who is rocking the barefoot thing for a cycle right now.

And the word "rock"ing probably makes him wince a little. 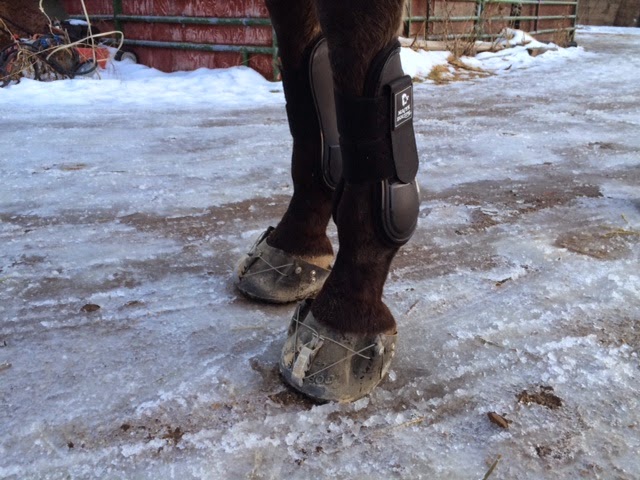 He's a bit tenderfooted, but no way Cuna's old giant size 3 Easyboots would go on him. I borrowed a pair from my BO and I thought they looked pretty ok. Heck, I didn't even swear very much putting them on.

I did chuck Courage on the lunge for a spin before I got on to see what he thought.

He didn't really give a shit, even when one of them flew off and hit him in the belly.

So I guess those didn't fit.

Thus, we are hoof-boot-less. I've considered trying to track some down for him, but I keep circling back to this: what are hoof boots really for? Are they an every-ride, every-time substitute for shoes? Just a band aid to stick on if Pookie loses a shoe before farrier day?

Hell if I know.

Ideas?
Posted by SprinklerBandit at 7:00 AM