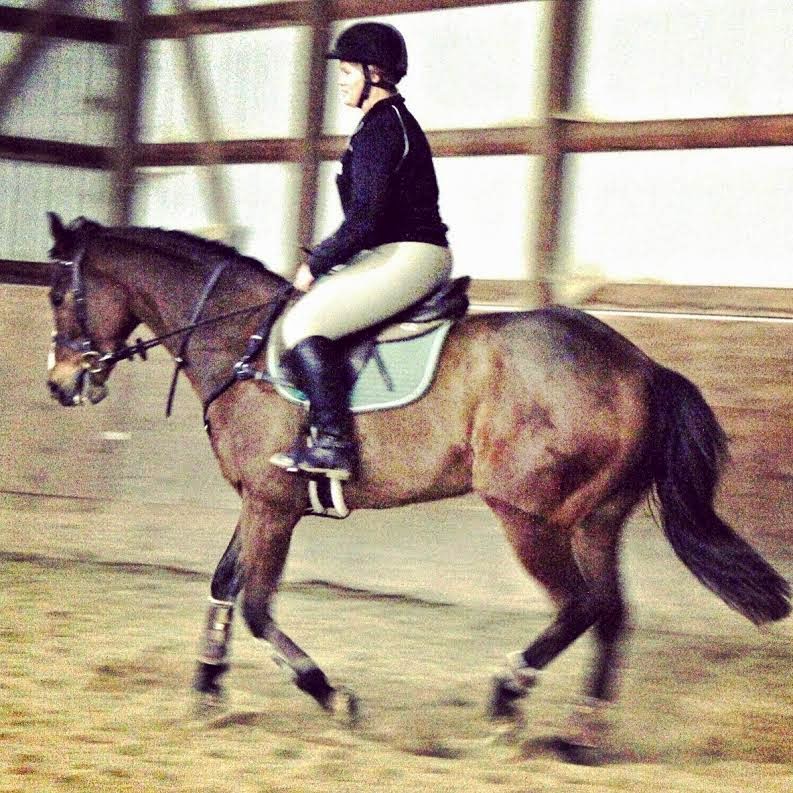 You may have noticed that in pretty much every single picture I post of Courage (including the fancy dressage ones), his mouth is open.

(Noted: I'm pretty selective about editing, so maybe you don't see it as much as I do, but let me assure you, it's a thing.)


You may also notice that I'm not doing a hell of a lot about it. Yeah, his bridle has a flash and I own a figure eight and I certainly know how to mechanically remedy the situation.

But here's the thing--according to both S (biomechanics) and C (dressage), it's far better at this point to let Courage express his tension by opening and closing his mouth than it is to tie it shut and force that tension to show up another way.

And you know what? The more comfortable and confident Courage gets working though his back into contact, the more often he starts closing his mouth of his own accord.

So I'm not saying I'd never put a flash on him--I have before and I'm sure it will happen again. It's just that for where we're at right now, I'd rather he open his mouth and release his topline than close his mouth and invert.

Because let's face it, that tension is coming out somewhere.

Posted by SprinklerBandit at 8:24 AM