Three years ago today, a little bay horse with a big ego got dropped off at my barn. I had no idea what I was getting in to.

Three weeks prior, I'd retired my incredible event horse, Cuna. I was still holding out hope that he'd come back to work someday. Courage was my back up plan and hell, maybe a resale project. Those first six months, he was so easy. He knew he was my #2 and he just waited for me. 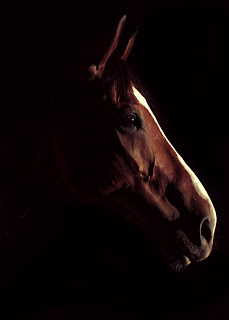 Six months later, I was crying into the mane of a little bay horse who stepped into the number one position like he was born for it. He waited for me to heal enough to wipe the tears out of my eyes, and then he reminded me that he was ready to be the leading man.

Courage is a funny guy. He was my first-ever straight off the track horse, but I had really excellent help with that in the form of Lindsey and Alyssa. We were friends already, but this little horse forged passing friendships of convenience into an unforgettable bond. Laughter, tears, triumph and heartbreak are marked on the backs of the incredible horses that brought us together. 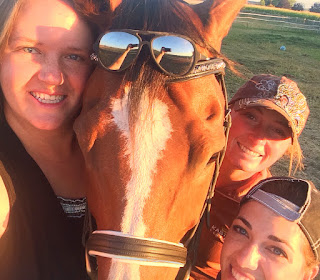 His transformation from understudy to leading man came with plenty of struggles. He had very definite ideas about what he would and would not do and he had even more certain ideas about how he was to be handled. He's strong, sensitive, opinionated and stubborn, which makes him eerily similar to myself. 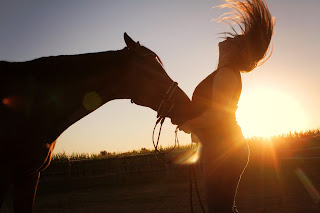 Courage was supposed to be my show jumper who dabbled in eventing, but no one told him that. He proved time and time again that he had ZERO interest in jumping over anything but he was still game enough to jump the shit out of giant oxers from a jog trot without batting an eye. I tried harder than I should have for longer than made sense, but when I finally let go of my old dreams and embraced the journey Courage and I are on together, our world started to come together.

I've bemoaned that he wasn't the one that I lost, I've regretted that he and I were either flaming hot or ice cold, but through it all, I remembered how we came together. It was more than happenstance--it was meant to be on so many levels. At our lowest moments, I told a friend that I thought Cuna brought Courage to me, and because of that, I just wasn't ready to give up yet. 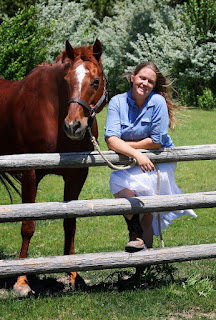 Definitely sappy, but it's a sentiment I still hold to.

I've been apprehensive about this day for the last six months. Courage is my third horse as an adult--the first, I sold on her three year anniversary of ownership. The second I put down on our second year mark. Both of them I planned to have forever. Courage isn't just the horse I own anymore. He's the one my dreams are made on. We're on a new adventure together and I love every minute. 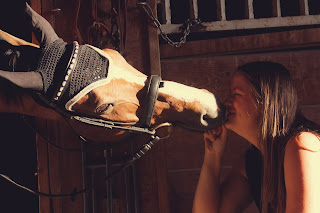 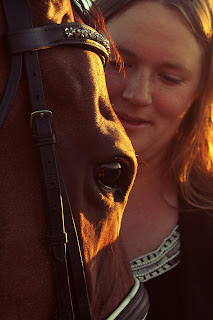 I'm more interested in the day-to-day relationship with a horse than with big goals, but Courage is an enigma even now. He represents the farthest I've ever taken a horse I trained myself. His larger-than-life personality and his unfailing opinions make this journey special for us every day. I can introduce him to my friends and know he'll make a splash or I can take him to a show and know that I have nothing to be ashamed of. 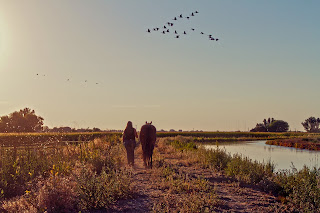 We're on this journey together.


He isn't the horse I thought I wanted. This isn't where I expected to be. This isn't how it was supposed to happen.

But here we are.

There's no where else I'd rather be. 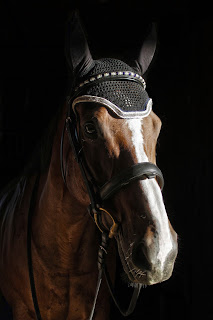 With Courage.
Posted by SprinklerBandit at 7:37 AM