It was brought to my attention the other day that not only (get this!) are there places on the internet that have things other than pony pictures, but also that there are sports (!!) without subjective judging, sparkles, or even ponies at all.

It's time to fix that. I zoomed right over to the top sports photos of 2015 on Sports Illustrated and gleaned some material. All shots are taken by Julian Edelman someone with a camera who is not Julian Edelman, who appears to be not only competent, but a remarkable talent in the various sporting fields. 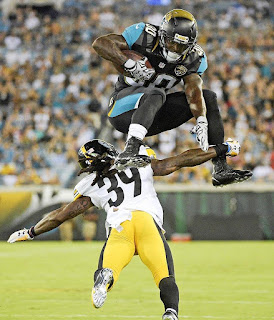 We're going to talk about the fellow in blue on the top because the other chap appears to be doing airplane impressions. The blue fellow is making a mighty sporting effort at whatever the hell he's doing. We always talk about the balance of the human athlete--if we take the horse out from under them, where will they be? Clearly, we are about to find out. I would suggest he put his chin up, shoulders back, and get his feet beneath his seat because he's currently in a driving position and liable to get dumped on his ass, should he relocate his equid. 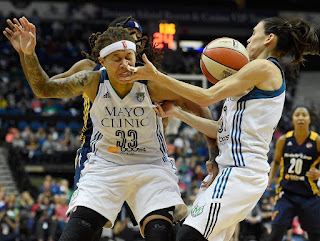 These ladies appear to be prepping before a big class. There is a distinct lack of horsemanship being exhibited--while everyone needs a good wipe down, it is preferable to do it with a soft cloth (one for faces, one for docks) once on the horse and ready to show. In addition, sleeveless, collarless shirts are sending a message of "we are athletes who take ourselves seriously", which might cause youth of today to think they are participating in some sort of grungy takes-all-comers activity instead of a pay-to-play DISCIPLINE. We just can't have that. Stretchy pants and collared shirts WITH SLEEVES if you please ladies. You must please the old men leering at you.
I rarely advocate for gadgets and quick fixes, but it's so important to base one's choices of equipment on the situation at hand and not just theory. Eventually, this fellow will be just fine in a loose cavesson and simple snaffle, but at present, he would really benefit from a flash noseband.
Where to begin? Not only did this ambitious young buck misplace his horse entirely, he seems to have "leaped past" all the critical basics of jumping. His heels are not metaphorically almost over his head. His toes are points. He's thrown his upper body forward. I can't abide his wanton disregard for the traditions and respect for the sport as shown in his garrishly colored outfit. I make it a rule to always say something nice, so I will say his automatic release is ON POINT even if his base of support leaves a lot to be desired.

I'm sure these sports will start to clean themselves up once my remarks are taken to heart.
Posted by SprinklerBandit at 7:00 AM