For almost a year there, I barely posted an progress pictures. Then I did one last week and now I'm like RAWR CANT STOP ME NOW, so here you go. Conformation progress, one shot per calendar year. 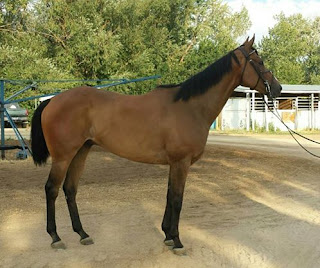 This is Courage on July 26, 2013. It's the night before he left the track and two weeks after his last race. 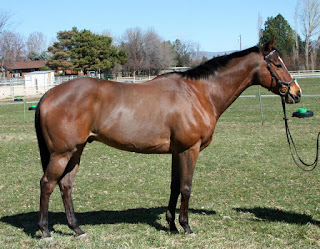 This is spring of 2014. Courage had a good chunk of the winter off and was just starting to come back into work. We were still attempting jumpers/eventing with mixed success (my code phrase "mostly failing"). 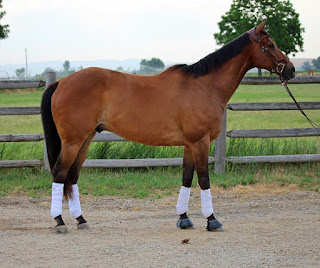 Summer of 2015. Courage has been at the dressage barn about eight months and was successfully competing in training level dressage. 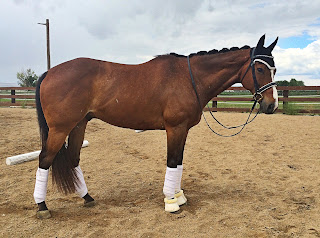 Summer 2016. We've putting putting in the long, slow, methodical miles in the sandbox. We're about 6 weeks from celebrating the three year anniversary of Courage coming off the racetrack.

Huh. Pretty cool to see it laid out like that.

PS I know it's not kosher to take conformation shots with wraps on but I like wraps and he's not for sale, so y'all will just have to deal. His lower legs are no more or less ugly than they were on the track.
Posted by SprinklerBandit at 7:00 AM