We Go to a Horseshow, Part Twoooooo

Yeah so. That happened. 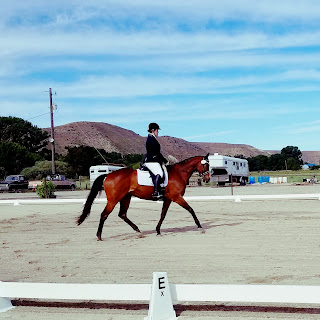 So that wasn't super awesome.

What was awesome was that Courage loaded up and went to the show, unloaded, was sort of ok, and ended up being w/t rideable in the warm up. It wasn't great, but it was ok. (Also there was a crop duster plane flying overhead, so that's cool too.)
What was less awesome was how Courage was like NOPE CHUCK TESTA in the arena. That first lengthen diagonal in first two? Yeah bolted it again. Last time we did that, I blamed myself for pushing for more power. This time, I was literally like "we will just trot around this corner and ignore the lengthen part", and C was like... well, like this:
The canter was semi-rideable, which was great. It was maybe the first time we picked up the right lead at a show without me just chanting "please don't bolt" over and over. There were moments in the trot that didn't completely suck. But most of them did (completely suck). It's really quite horrible. You can watch first two here if you're mega bored. Or just want to be catty. Whatever. 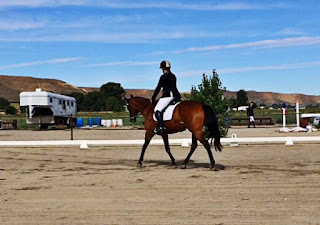 I didn't feel like I was being tense and making him worse, but I'm not ruling it out. I mean, I remembered my tests. Well, there was one trot transition I did at C instead of M and got a 3 for, but in general I was thinking and managing the horse under me. Lindsey doesn't think I was breathing, which I suppose is possible.
Courage was just SO.TENSE. in the arena, complete with a 180 degree pre-test spook at nothing (?) and just being so tight through his back. So tight. Losing rhythm. Up periscope. I tried looping the reins to give him somewhere to go, but that just got us worse charging-forward-out-of-balance and starting-to-panic, so.
The judge nailed me to the wall for not riding forward, which was fair, because I didn't. (In fairness to me, that's because Courage couldn't handle it, but she didn't know that and can't/shouldn't accommodate it.) She loved Courage and said he had a lot of potential. (Which I think is true and is why I'm busting my ass for this damn sport anyways.) She gave us two 58s, which was fair given our (lack of) performance. Just once, I'd like to get a "tactful ride" comment or something instead of straight up "ride your nice horse more forward you useless lump of shit" because well. Sigh.
I don't know where I'm going with this. It wasn't a great show. It wasn't even a good show. I got off and was like "lulz so glad not trying to show recognized", then got home and had an email from the recognized show next weekend that they'd found my unsubmitted online entry that I bailed on because $$$ and they were like "hey thanks for the entry you'll get ride times ASAP". 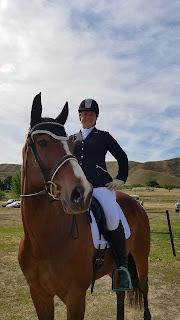 And then I had some margaritas and decided it was a sign and what the hell.

Because let's face it. 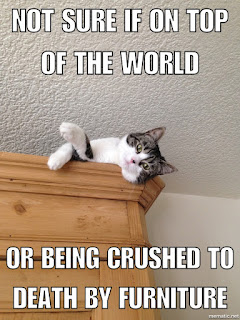 I don't know, I'm cursed and will always suck at shows.
And the only way to settle that is to go do a couple opportunity classes and see what happens.

Or maybe that's the margaritas talking.

Maybe they're on to something. 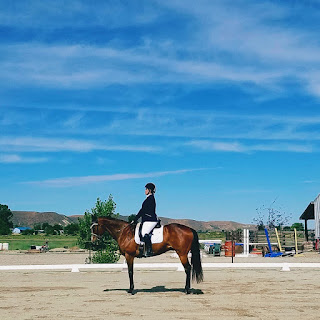