Teach Me Tuesday: All By Myself

So many times, I tell people I'm working with Courage 95% completely on my own and they immediately say "oh but it will be so cool when he can do X and you know you did it yourself". 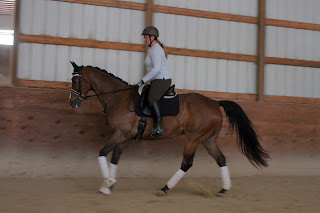 I've only spent time on a made horse once in my life, and let me tell you, when we were soaring over giant oxers, I wasn't sitting there going "goddammit someone else rode him through his green phase". 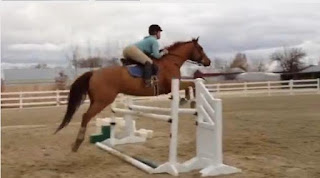 No. I was 100% having a blast and loving every minute and it did not matter to me one teeny bit that he came to me knowing absolutely everything and that I didn't put a single button on him. Well, I did teach him to put his ears up for photos, but that was hardly difficult. 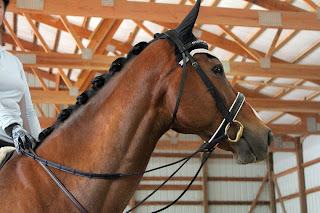 Obviously, it's been a different journey with Courage. We're going in a good direction now, but I sometimes wonder if we wouldn't be better off if someone else had ridden through his shenanigans. I'll never know, but it's something to think about.

So tell me. Does it matter to you whether you trained your horse or whether someone else does?
Posted by SprinklerBandit at 7:00 AM